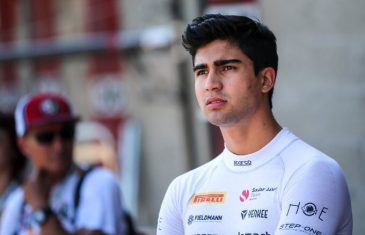 Juan Manuel Correa, who was involved in a fatal accident in the F2 feature race at Spa, is in a stable condition having suffered leg fractures and a minor spinal injury. The Sauber Junior team driver was involved in a multi-car crash at Turn 4 on the second lap of Saturday’s race. Correa was immediately […]

Sebastian Vettel was “full of adrenaline” after he claimed pole for the Canadian Grand Prix – his first pole since Germany 2018. Lewis Hamilton looked set to claim his seventh pole at the Circuit Gilles-Villeneuve before the German pulled out a stunning 1:10.240s to take top spot on the grid by two tenths of a […]

‘Dream’ day for Mercedes in Monaco

Lewis Hamilton believes Mercedes’ dominant showing in FP1 and FP2 at the Monaco Grand Prix made it a “dream day”. The Silver Arrows were rocked by the passing of Niki Lauda earlier in the week, but Hamilton, who described Lauda as a “bright light in my life” did him proud after topping FP1 and FP2, […]

Formula 1 will return to Zandvoort next season, bringing to an end the Dutch circuit’s 35-year absence from the calendar. With Max Verstappen making headlines around the world and attracting a new wave of supporters to F1, it seemed only a matter of time before the Netherlands would be back on the calendar. That was finally confirmed on Tuesday. […]

Lewis Hamilton challenged Valtteri Bottas off the line, setting up an emphatic fourth Spanish Grand Prix win while Ferrari shot themselves in the foot in the battle for third. Starting 1-2 on the grid with Bottas ahead of Hamilton, the Mercedes driver lined up slightly ahead of his yellow pit lane line but not enough to […]

World’s spotlight on debut on new W Series this weekend

The “world’s spotlight” will be on the all-new W series this weekend as the women’s only racing series begins in Germany. Eighteen female racers will take to the Hockenheim circuit on Saturday with the hope of this being their first steps towards Formula 1. “We believe we have the best female drivers in the world […]

Toro Rosso driver Daniil Kvyat joked that he will buy Daniel Ricciardo a rear-view mirror after their bizarre incident in Baku. Ricciardo attempted to overtake his former team-mate going into the tight turn 3, but after locking up heavily, Kvyat was forced to follow the Renault driver into the escape road. It should had been a simple […]

F1 looking to add a street race in China

Formula 1 could have two races in China in the coming years with Liberty Media talking with six cities about the possibility of a street race. At present Formula 1 has one Chinese Grand Prix, which is held in Shanghai at the Shanghai International Circuit. The race, which has been on the calendar since 2004, has proven popular […]

Launch season is officially underway after Haas revealed the livery that will feature on the VF-17 at a special ceremony in London. The American outfit, competing in their fourth Formula 1 campaign after joining the grid in 2016, have bagged themselves title sponsors in the form of Rich Energy and that is very much reflected […] 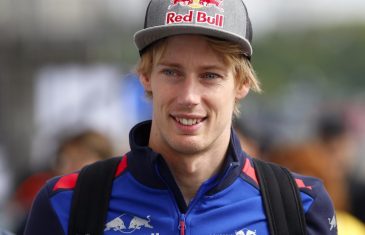 Brendon Hartley has said his Formula 1 future was thrown into serious doubt as early as the Monaco Grand Prix in 2018. The New Zealander was racing in his first full Formula 1 campaign last year after first taking the wheel of the Toro Rosso car at the United States Grand Prix in 2017. Hartley […]