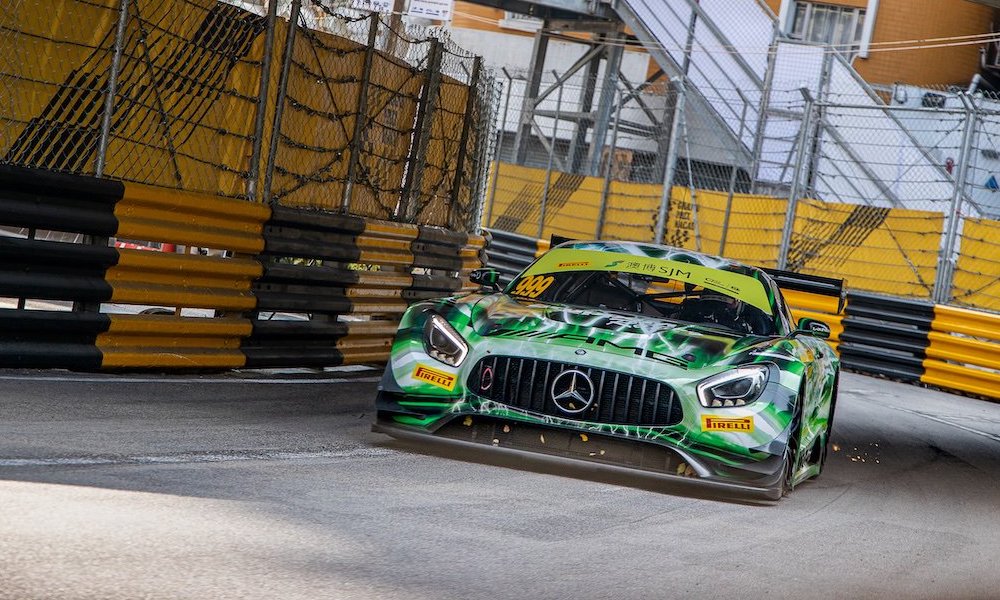 Marciello started from pole in the No. 999 GruppeM Racing Mercedes-AMG GT3 and remained out front for the full 12 laps of the Guia Circuit, holding off repeated attempts for the lead from behind him and two restart periods.

The second restart occurred with four laps on the clock and allowed ROWE’s Earl Bamber and Laurens Vanthoor to close in with their pair of Porsche 911 GT3 Rs but they were unable to make a move stick.

The ROWE drivers started from third and fourth but moved up a position on the first lap when second-placed Dries Vanthoor dropped out of the race.

The Belgian made contact with the barriers at Mandarin and ultimately came to a stop at Lisboa, taking his Audi Sport Team WRT car out of the race.

The two made light contact but Engel ended up on the rumble strips, losing control and hitting fellow Mercedes-AMG driver Edoardo Mortara.

All three drivers were taken out of the race, while Weian Chen was the fourth and final retirement.

With the top three of Marciello, Bamber and Laurens Vanthoor firmly set, a battle took place behind them for the best of the non-podium positions, where Augusto Farfus triumphed.

The BMW Team Schnitzer driver passed Christopher Haase for fourth after starting down in 12th and remained there until the checkered flag with Haase slotting in fifth and Absolute Racing’s Alexandre Imperatori sixth.

The race start was slightly delayed due to a problem with the starting lights that has ended up pushing back the day’s program.