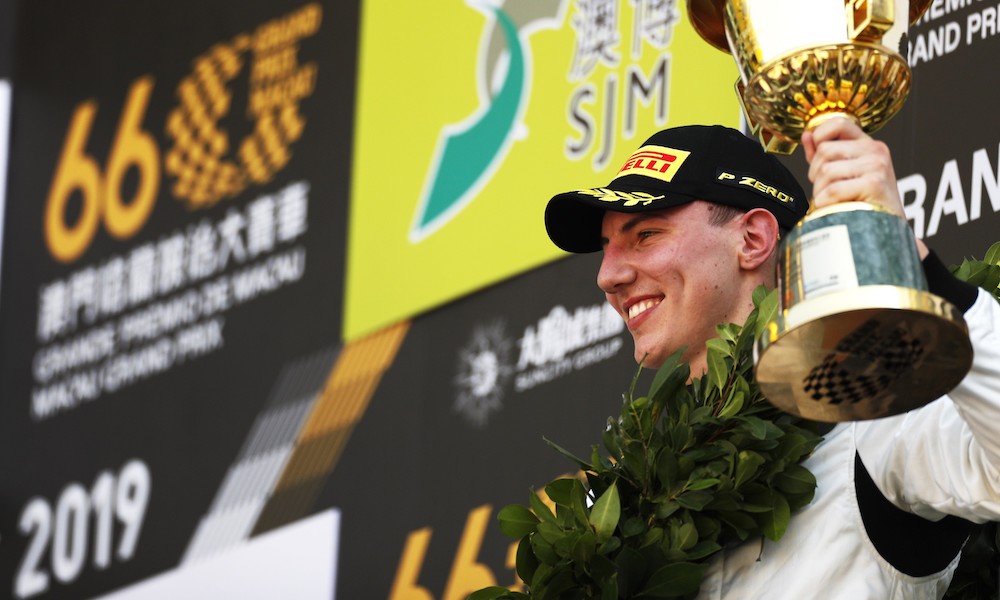 The Italian swept the weekend by taking pole on Friday, leading all of the Qualifying Race on Saturday and pulling off a similar feat in the Main Race.

He wasn’t without his challenges, which mostly came from ROWE Racing’s pair of Porsche 911 GT3 Rs driven by Earl Bamber and Laurens Vanthoor.

The two Porsche drivers stayed glued to the back of Marciello’s Mercedes-AMG GT3 for most of the 18-lap Main Race, but swapped positions between them multiple times.

Vanthoor jumped Bamber on the start to swap positions and run in second behind Marciello, while Augusto Farfus ran behind them in fourth.

The ROWE teammates switched positions two-thirds into the race distance to give Bamber a chance to challenge Marciello. A narrow call with the barrier resulted in him losing his left-side wing mirror later on.

The Kiwi tapped the back of his rival Mercedes heading into the tight hairpin, unsettling Marciello’s car, and setting Bamber up for a possible investigation by the stewards.

He then decided to drop back on the run to the finish line, allowing Vanthoor to slide past and take the runner-up position.

The Belgian was classified 3.8 seconds behind Marciello, with Bamber a further nine-tenths back in third.

2018 race winner Farfus held onto fourth in his BMW Team Schnitzer entry but almost 20 seconds off the lead battle, while Christopher Haase placed fifth in his Audi R8 LMS GT3 Evo, putting all four manufacturers into the top five.

The race only had one safety car period, which was called when Kevin Estre overshot and hit the barrier side-on, losing a wheel that bounced across the track and was narrowly avoided by several pursuing drivers.

Farfus passed Bamber for third on the restart, with Vanthoor second at the time, but Bamber was able to re-gain his position with a daring but brilliantly executed move at Lisboa.

Marciello’s win brings Mercedes-AMG equal for most wins with Audi, with both brands on four victories since the first Macau GT Cup race in 2008.

The Affalterbach-based brand has now won three of five races since the event gained FIA GT World Cup status, with Maro Engel winning in 2015, Edoardo Mortara in 2017 and now Marciello in 2019.

It was 2018 Blancpain GT champion Marciello’s third attempt at Macau in the GT class but his previous best finish was ninth last year.