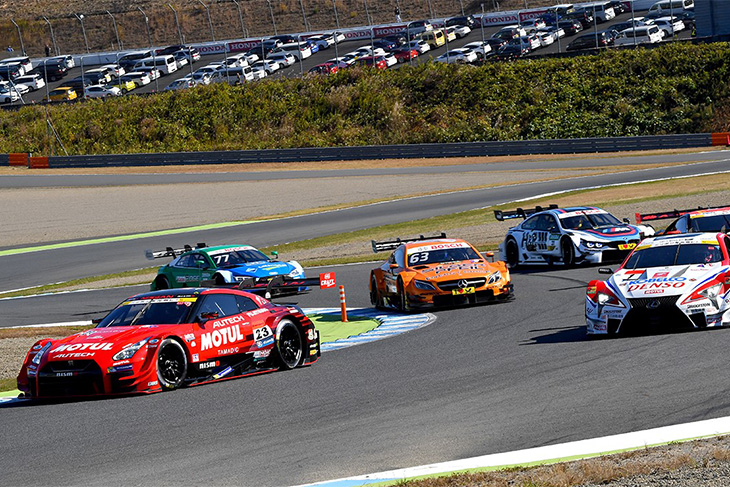 On Monday, the entry list was officially confirmed for the much-anticipated inaugural running of the Super GT x DTM Dream Race, taking place at historic Fuji Speedway on the weekend of 23-24 November, 2019.

This crossover race of the fastest silhouette GT racing series and the fastest silhouette touring car series is one that has been a decade in the making, from the time that Super GT and DTM first discussed a unified set of technical regulations that would come to be known as Class One. And after three GT500 teams made the trip to Germany to take part in the DTM’s final race meeting at the Hockenheimring, Audi and BMW will send a select group of their own factory drivers to race against the GT500 field in the first joint exhibition race under the Class One regulations.

Jenson Button already drove his final race in the Motegi GT 250km, with his commitments to drive in this year’s Baja 1000 prohibiting him from making his farewell from the series in the Dream Race. We also know that Bertrand Baguette will not take part in the Dream Race, as he will take part in the SRO Intercontinental GT Challenge season finale, the Kyalami 9 Hours, for Honda Team Motul.

Therefore, Naoki Yamamoto will drive both races in the #1 Raybrig NSX-GT for Team Kunimitsu, and Koudai Tsukakoshi will likewise, drive both races in the #17 Keihin NSX-GT for Real Racing. Speaking of which, this will also be the final race for a midship GT500 car, as the current Honda NSX-GT will be replaced with a front-engined “Class 1+ɑ” version for 2020. It’ll also be the last race for the Lexus nameplate in GT500, with the Toyota GR Supra taking the place of the current LC500 next year.

For the other 13 teams, their driver lineups will look like this for the Saturday and Sunday races:

Both races will be 55 minutes long, plus one lap – with up to an additional three laps that can be added in case of a Safety Car intervention. There will be one pit stop for a change of all four Hankook Ventus tyres, which all 22 cars will use – and no refuelling or driver changes will take place. The Drag Reduction System (DRS) and Push-to-Pass systems from DTM will not be used.

Practice will take place on Friday 22 November, with qualifying taking place on Saturday and Sunday morning to set the grids for the respective races. A detailed schedule with start times for each session will be announced in the days to come.