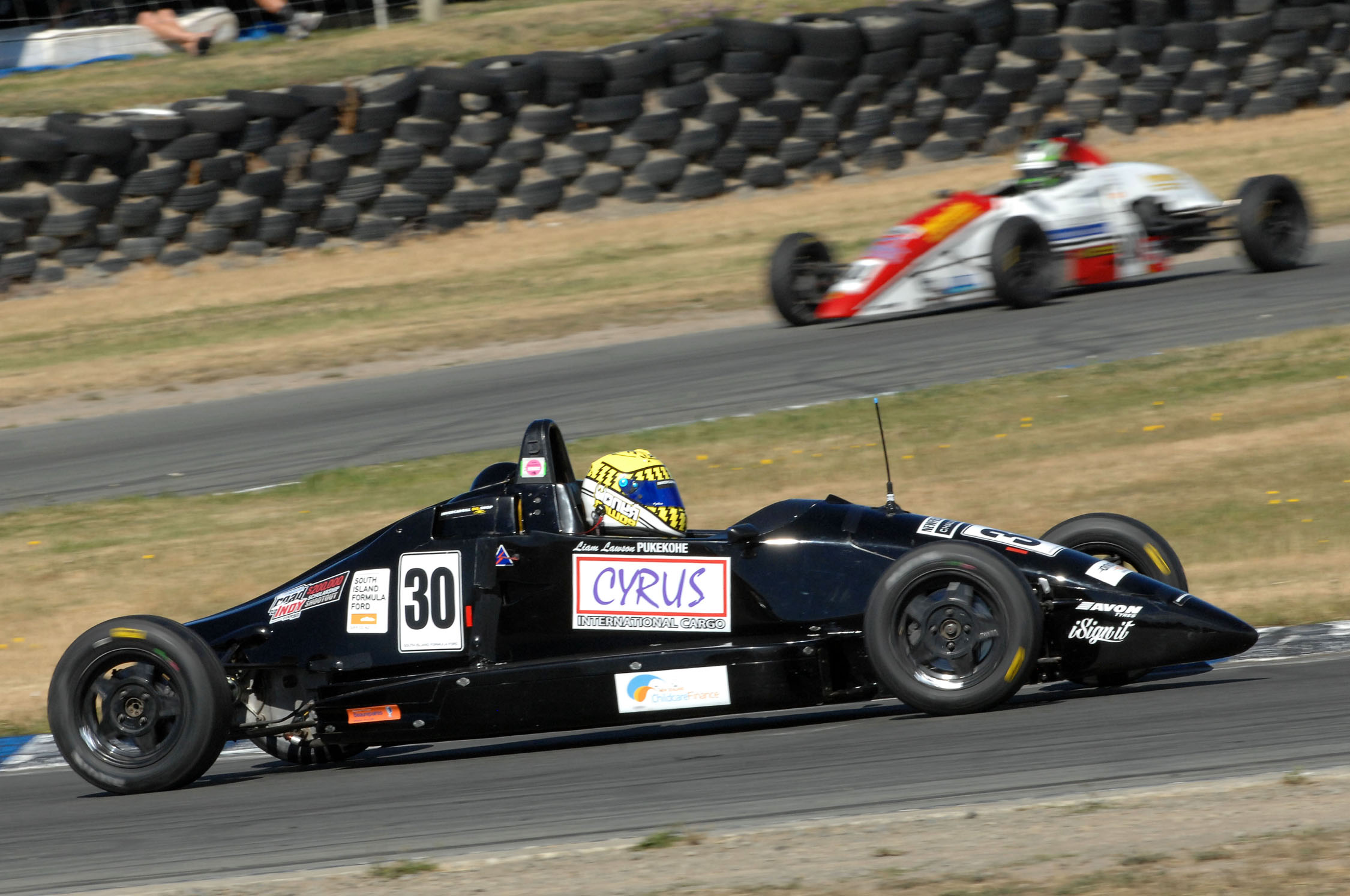 Christchurch’s Mike Pero Motorsport Park played hosts for 21 single seater drivers for the second NZF1600 round which also doubled as the fourth round of the South Island Formula 1600 Championship (SIFF).

It was not always straightforward for the Pukekohe teenager who come under continual pressure from Christchurch rival Michael Collins (Van Diemen RF91) who has now finished second to Lawson in the last nine encounters..

“I couldn’t ask for anything better from the weekend,” commented Lawson (Mygale SJ08a).  “It’s a great result but we just need to keep it (the momentum) going.”

Four drivers have emerged as the top contenders in both the national and South Island series.  Southlander Jordan Michels (Mygale SJ13) finished the weekend with two thirds and a fourth while Ethan Anderson (Van Diemen RF93 Stealth) from Riverton finished with two fourths and a third.  Added to the mix this weekend was Christchurch’s Henry Thomas-Kircher (Ray 87) who at times threatened a podium finish but in the end settled for three fifth placings.

Lawson set fastest lap in Saturday morning’s qualifying session and won the shortened first race in the afternoon.   A red flag (stoppage) after Trevor Stiles (Van Diemen) hit the wall coming out of the carousel meant a time restraint reduced the race to six laps..

Sunday’s races again saw Lawson with two lights-to-flag victories, with the feature 12-lap third race providing the most entertaining racing behind the winner.  Collins and Anderson continued to change positions throughout the race with the latter leading into the final lap.  The more experienced Collins, on his home track, continued to place pressure on Anderson eventually passing him through the final corner and taking a well-deserved second place.

“I just kept putting my nose in everywhere putting pressure on him (Anderson) to see if he would make a mistake, which he did coming out of the Esses,” commented Collins.  “He run wide and gave me a chance in the last corner and I took the opportunity to pass and held him out until the finish.”

The field contained three classes of modern to historic cars with Lawson leading Class 1, Collins, in an older Van Diemen leads Class 2 while Andy Downs (Lola 642a) has a narrow three-point lead in the historic Class 3 over Joseph Oliver (Crossle 55F).

For the second year running on offer for the winner of the national title will be the opportunity to attend an international ‘shoot-out’ to determine who wins a $US200K fully supported drive in the Cooper Tires USF2000 Championship Powered by Mazda in 2018.  The series heads to Invercargill for its third round this coming weekend.