Best of the bunch in Best Bars Toyota 86 Championship 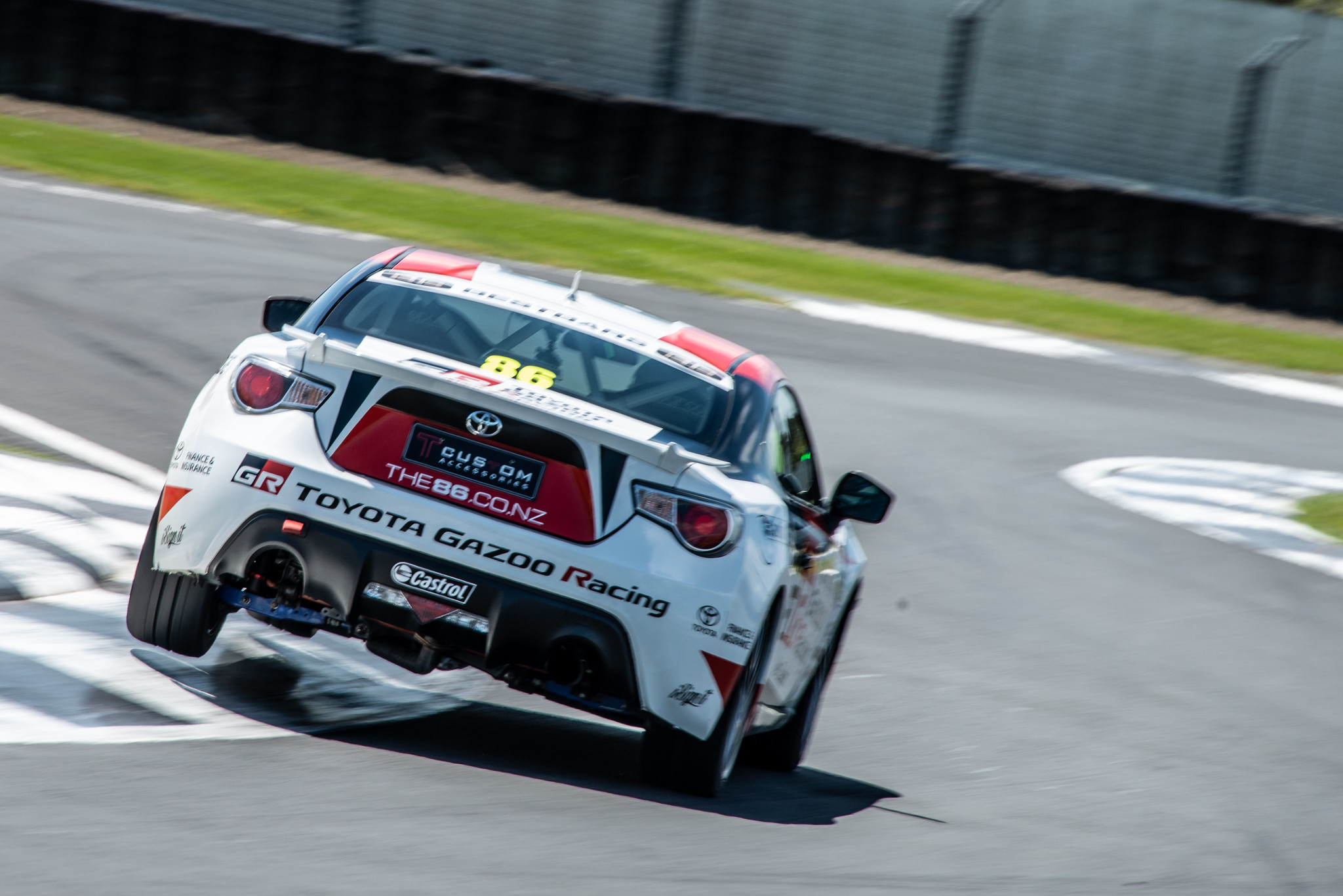 A rush of late entries has added quality and quantity to the Best Bars Toyota 86 Championship, which begins this weekend at Pukekohe Park.

A field of 17 of the best up and coming young drivers from New Zealand and Australia will head out in the first practice session for the 2019-2020 season today (Friday) ahead of qualifying and three races over the weekend.

Highlighting the late entries are three drivers fresh from the Australian Toyota 86 Championship, which concluded last weekend at Newcastle. Jaylyn Robotham, James Wilkins and Richard Peasey are all confirmed for the full NZ season – which fits perfectly into their own racing schedules and career plans.

Robotham finished 6th overall in the Australian championship from 54 drivers who took part. Wilkins and Peasey were 13th and 18th respectively. Robotham hopes there is much he can bring from Australia to push him towards the front in the New Zealand championship.

“The competitiveness in Australia I’d imagine would be very similar to NZ, but there’s a lot of competitors to race against who are very quick,” he said. “I think the goal will be to be competitive and have some fun racing while meeting new people. I’m definitely looking forward to racing at all the different circuits as I haven’t raced at any before in New Zealand.”

Wilkins too, is hoping the nature of the Australian championship will give him a head start in New Zealand. “I think the main advantage I might get from racing in the Australian series would be that I’m familiar with a tyre which I believe will behave similarly to the new Nexen tyre in NZ. The Australian series certainly has large fields, but it’s the closeness of the racing that really increases the difficulty. Sometimes the most exciting races are between two or three cars.

“My goal is to finish in the top thee for the season. I’ve proven I have winning speed in Australia so I believe with some extra commitment and focus I should be able to carry that over to NZ. I’m also looking forward to learning new tracks. It’s always challenging driving around a track for the first time, and only having two sessions to find the limits definitely brings an extra challenge.”

Category manager Geoff Short believes the Aussie ‘invasion’ could be sign of things to come with racing calendars on both sides of the Tasman allowing drivers to consider both.

“All of these guys are very talented racers who should settle in quickly and be at the sharp end of the pack. The Australian series was oversubscribed last season and to win you really must be a master of this type of car,” he explained. “The beauty of getting more time in the seat in New Zealand is that the series is very high profile here, is genuinely packed with talent, the races are all run in full, all broadcast live and are extremely cost effective for anyone who has been in the Australian racing scene. Any driver taking part in NZ will simply do better in the Australian series when it gets going again shortly after the NZ championship concludes, so this could be the start of us seeing many more drivers trying both series.”

As well as the Australian contingent, M2 Competition has also confirmed Campbell Stewart for his second season in the category, where he will race alongside team mate Connor Davison. Endurance racer Todd Foster, who has campaigned his own 86 regularly in the North and South Island endurance events, is also on the list for Pukekohe. Brayden Philips joins the class too, in the ex-Ngatoa Toyota 86.

All join a class field which includes race winners and championship contenders from last season; Jaden Ransley, Connor Adam and Peter Vodanovich as well as up and coming young guns Davison, Brock Gilchrist, Ryan Wood, Tayler Bryant and Flynn Mullany. Darkhorse Racing enter their second season with two cars for Andrew Jackson and Leo Bult for all five rounds. Justin Allen is also back for a second shot at the championship in his familiar Battery Town-liveried racer, but will run as part of the three car International Motorsport team.

The championship trail begins this weekend in Pukekohe before heading to the South Island for rounds at Highlands Motorsport Park and Invercargill’s Teretonga Park. It then moves to the North Island for the New Zealand Grand Prix meeting at Manfeild – Circuit Chris Amon and then onto Hampton Downs before concluding with a non-championship race weekend at the Virgin Australia Supercars event at Pukekohe Park in April.

Best of the bunch in Best Bars Toyota 86 Championship