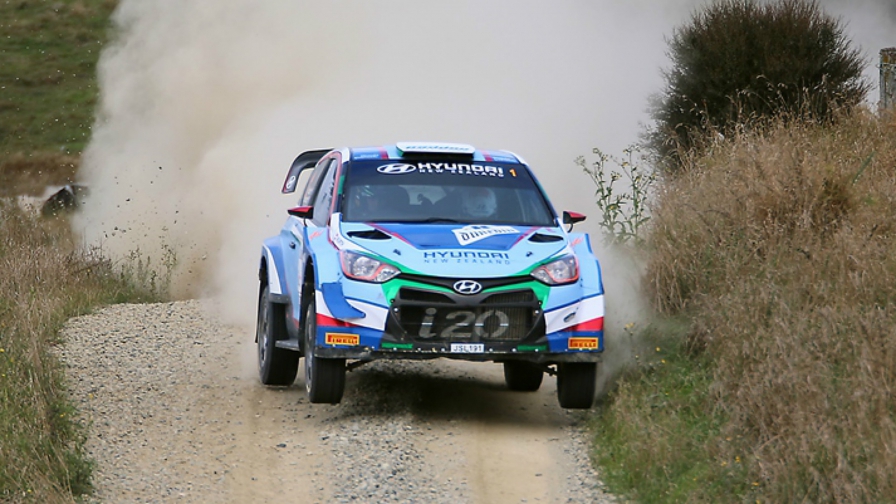 Both are battling to return to full-time WRC programmes and did their hopes no harm with strong victories in their respective classes.

Paddon dominated the Dunedin-based event in his Hyundai i20 AP4 – a car built to the FIA’s regional rally regulations. The New Zealander won the opening Asia Pacific round by more than 15 minutes and beat fellow Kiwi Ben Hunt by seven minutes in the overall classification.

“It’s been a good rally for us,” said Paddon. “A couple of minor issues with the car on Saturday morning and a puncture on the super special stage on Saturday afternoon, but today (Sunday) everything went well.

“The team did an amazing job with the car. We’re quite a young team now, with several new people, so it’s really promising for what we have coming up in the future that everything worked so well this weekend.”

Paddon and co-driver John Kennard were at home on their native South Island roads, with beating their own stage records from last year a prime motivation on the rally. He set a new record on 14 of the 15 stages.

Former Rally Argentina winner Paddon said: “Striving to be faster on stages I know well is important from a motivation point of view. It shows we’re not getting slower year in, year out.

“We’re upping performance of the car, the team and myself and showing that we’re still trying to improve. We’ve just got to keep trying to push forward and making progress.”

Norwegian Østberg returned to Dunedin for the second year in succession, hoping to land the Otago International Classic Rally win he was denied by suspension failure aboard a Ford Escort Mk 2 last season. And he did just that, taking the category by close to two minutes.

“We took it more steady this time, less driving it like we stole it,” said Østberg, who still managed to set stage records of his own. “We did that and got the win. Fantastic result and I was really happy to come back here.”

Østberg returns to the WRC 2 Pro series at next week’s Xion Rally Argentina, having won the category in a Citroën C3 R5 in Sweden.