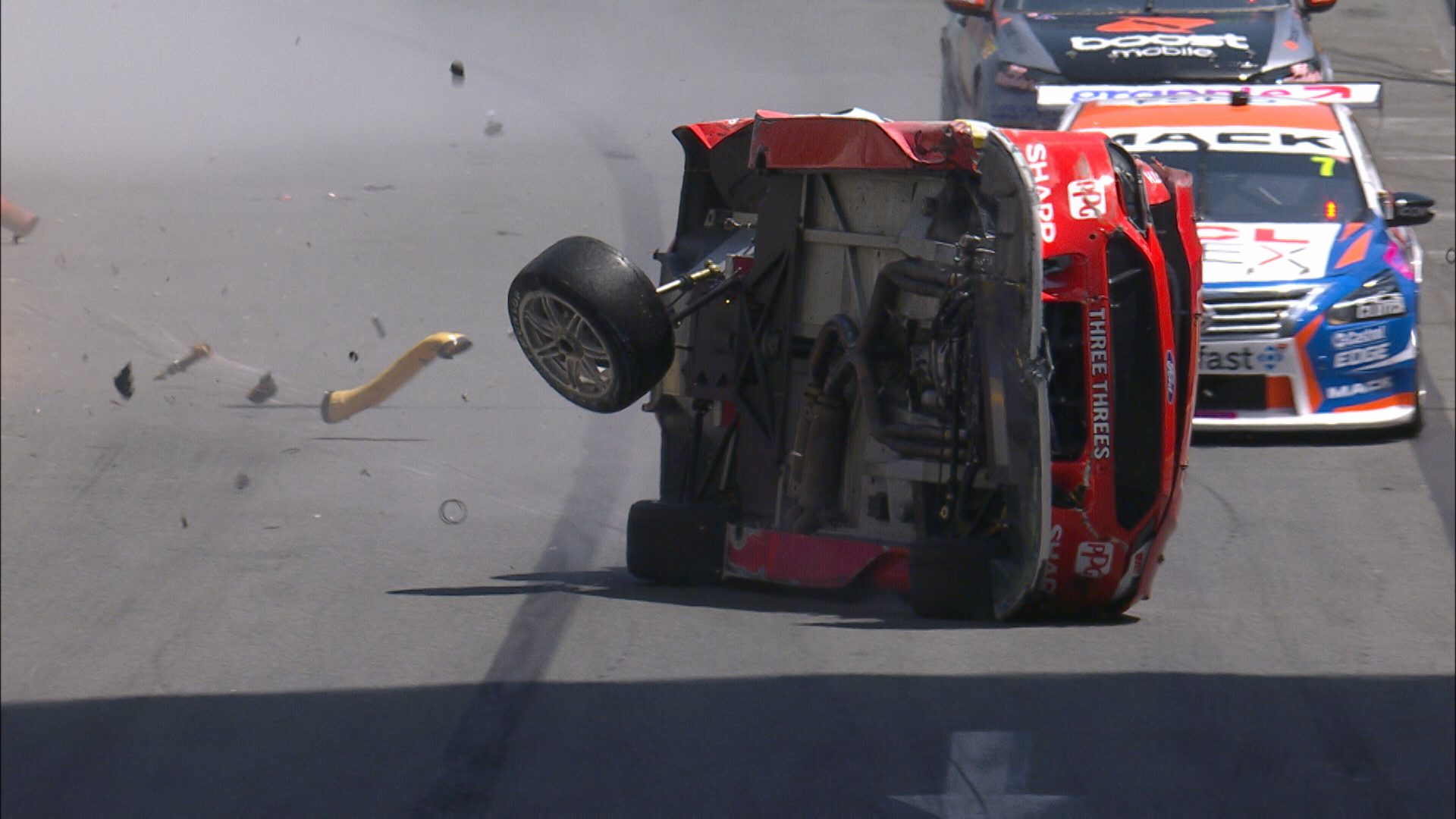 A massive Scott McLaughlin crash has put an early end to Sunday ARMOR ALL Qualifying at the Vodafone Gold Coast 600.

McLaughlin fired into the outside fence on the exit of the Turn 1/2/3 chicane at high speed, the Mustang flipping onto its side and sliding to the opposite fence.

The #17 Ford had been quickest to that point in qualifying but lost his fastest time as the cause of red flags a minute from the session’s end.

That relegated McLaughlin to second, but he is in grave doubt to take part in the Top 10 Shootout, with significant damage sustained to the car.

In a heartening moment, Red Bull rival Shane van Gisbergen stopped immediately and ran down the track to check on the health of McLaughlin, who walked away from the crash.

“It’s a pretty bad incident, but fortunately Scotty is alright so he could jump out of the car, that’s the main thing,” said McLaughlin’s co-driver Alex Premat.

“It’s bad ending the day like this, but it’s motor racing. He did the best at what he could do, we didn’t see what happened because we didn’t have so much onboard.

“It’s very unfortunate, but all that matters is Scotty is out of the car.

“We need to see when the car is back here what we can do, how bad it is, but the whole team will be making sure everything is back together, either today or at Sandown.”

Van Gisbergen was promoted to provisional pole as a result of McLaughlin losing his best lap.

Jamie Whincup, Scott Pye, Cameron Waters, Will Davison, Lee Holdsworth, James Courtney, David Reynolds and Anton De Pasquale were others to qualify for the 11:50am Shootout.

Fabian Coulthard was among those unable to improve late due to the red flags, meaning he’ll start the Sunday race from 16th.

There had also been drama at the start of the session, with news suddenly emerging that Richie Stanaway had been stood down from Garry Rogers Motorsport.

That sparked a last-minute Supercars debut for Dylan O’Keeffe, who took part in qualifying – albeit in co-driver Chris Pither’s race suit and helmet – to clock up some miles before this afternoon’s 300km race.

O’Keeffe was 24th and last, more than three seconds off the pace after nine laps of running.