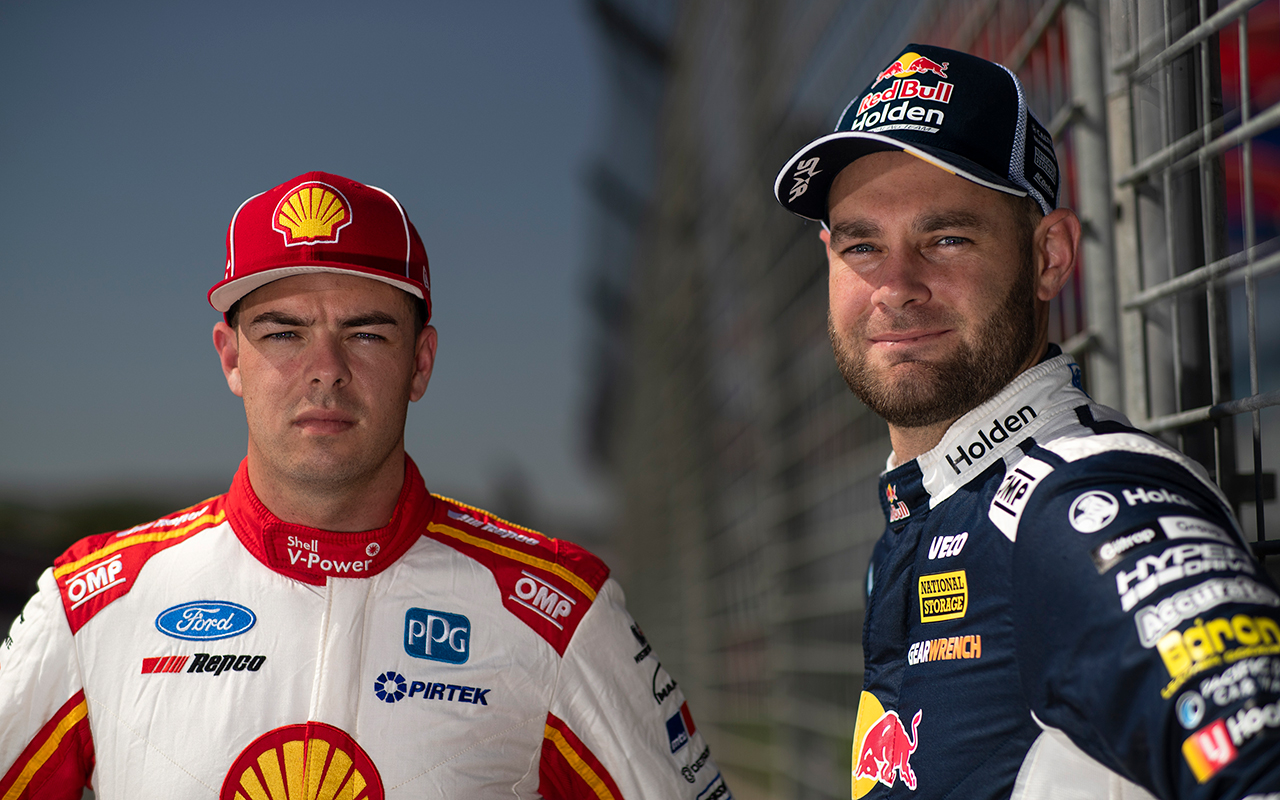 In a year dominated by talk of downforce and domination, who really were the best performers of the 2019 Virgin Australia Supercars Championship? 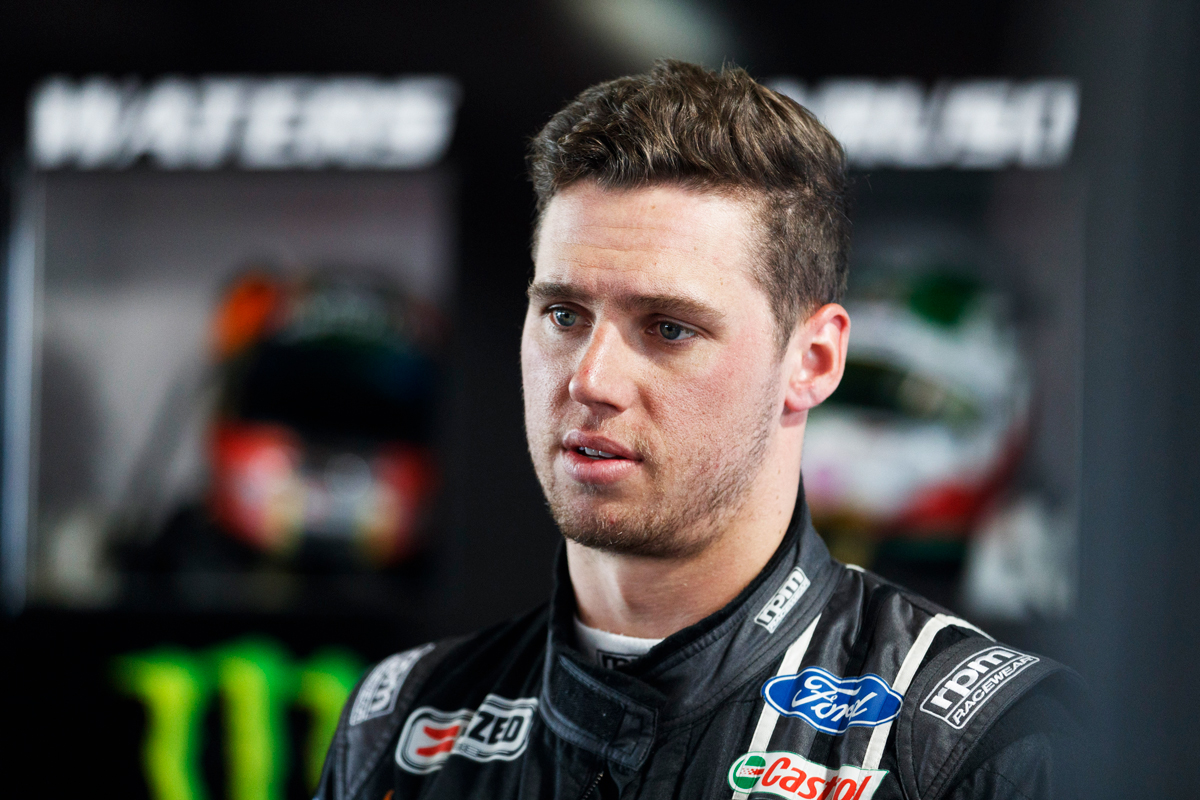 After a tough 2018 for Tickford knocked Waters down into the midfield, the Monster-backed driver revelled in the move to Mustang this season.

Waters’ speed was undeniable and his qualifying consistency impressive; second only to Scott McLaughlin on qualifying averages across the campaign with 5.53.

He was outgunned by teammate Chaz Mostert on many other key metrics, including the final points standings, but is ranked higher here due to the Supercheap driver’s costly errors.

Waters’ troubles were often not self-inflicted and the PIRTEK Enduro Cup proved particularly costly for his overall championship.

The #6 Mustang was taken out of contention through incidents at Bathurst, thanks to contact from Mostert no-less, and Sandown, where co-driver Michael Caruso clashed with Jake Kostecki.

On the whole, Waters’ speed promised more results than it delivered in 2019, but very much point to him being Tickford’s leader next season. 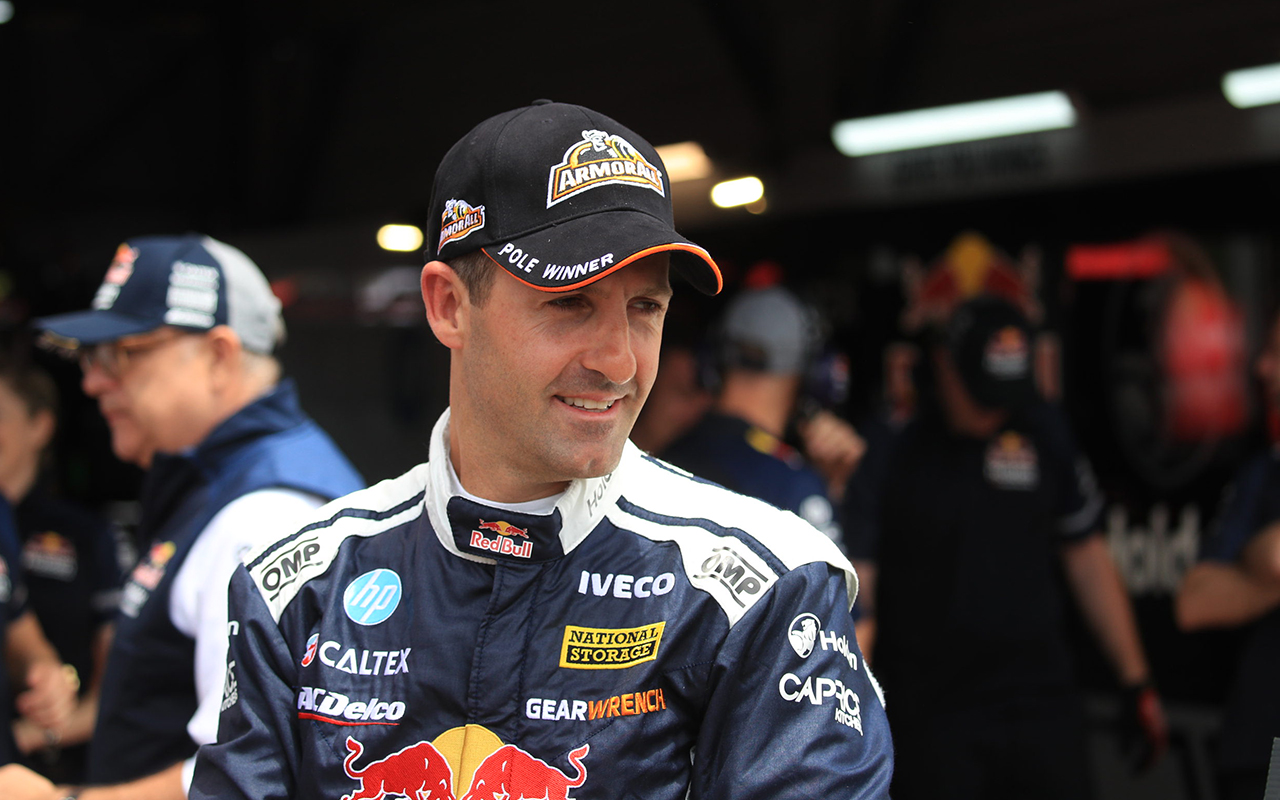 The season was essentially a tale of two halves for both Red Bull Holden Racing Team drivers, with their year coming alive following a pre-Pukekohe aero change for the Commodores.

From Bathurst onwards, Whincup only once finished outside the top four, scoring four of the last six race wins and securing the PIRTEK Enduro Cup alongside Craig Lowndes.

The end result was third in the championship; the third time in four years together that he’s been edged in the overall standings by teammate Shane van Gisbergen.

Again it was close; five wins and 12 podiums apiece, with van Gisbergen on top four poles to two, but slightly behind on qualifying averages and head-to-head statistics.

Ultimately it was the Kiwi who was the better performer; Whincup’s season let down by a couple of scrappy races, including an unforced error in Newcastle that cost any chance of the teams’ title.

There were also costly mistakes at Symmons Plains and Townsville, while passing the Safety Car – and later publicly slamming officials – at Pukekohe made for a mixed year. 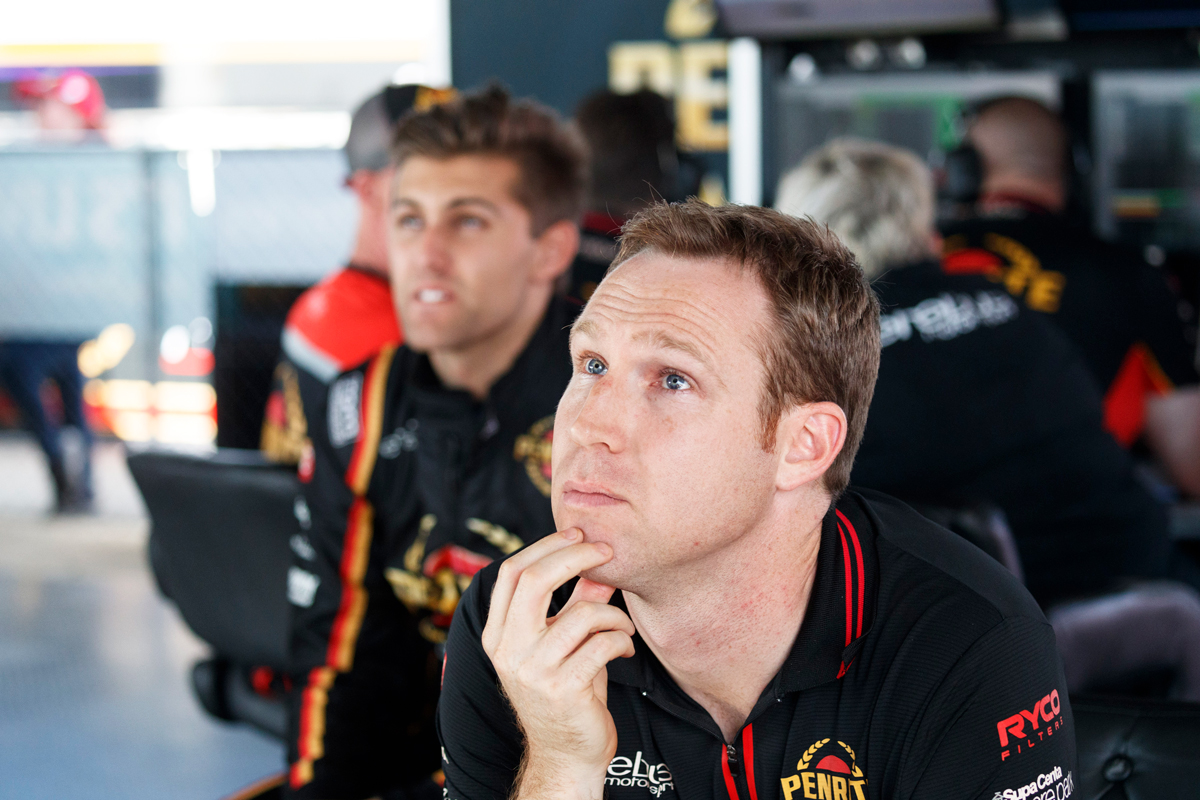 After such a strong 2018 that included three wins and fifth in the final standings, it’d be easy to write-off Reynolds’ ’19 season as a disappointment.

This year there were no wins and the final result was sixth, ending the upwards trajectory he and Penrite Racing had been on since first linking in 2016.

However, this was clearly a difficult season for Commodore drivers and Reynolds was often the lead Holden in the first part of the year.

The true barometer of Reynolds’ season was therefore that of teammate Anton De Pasquale, who in his second season is being widely touted as a future champion.

In 2019 though, Reynolds remained the clear bread-winner for Penrite Racing, ending up 679 points and eight places ahead in the final standings, out-gunning the youngster on every key metric.

Reynolds’ season had its ups and downs, including a mid-year slump across Ipswich and The Bend, while a simmering rivalry with McLaughlin got plenty talking off-track. 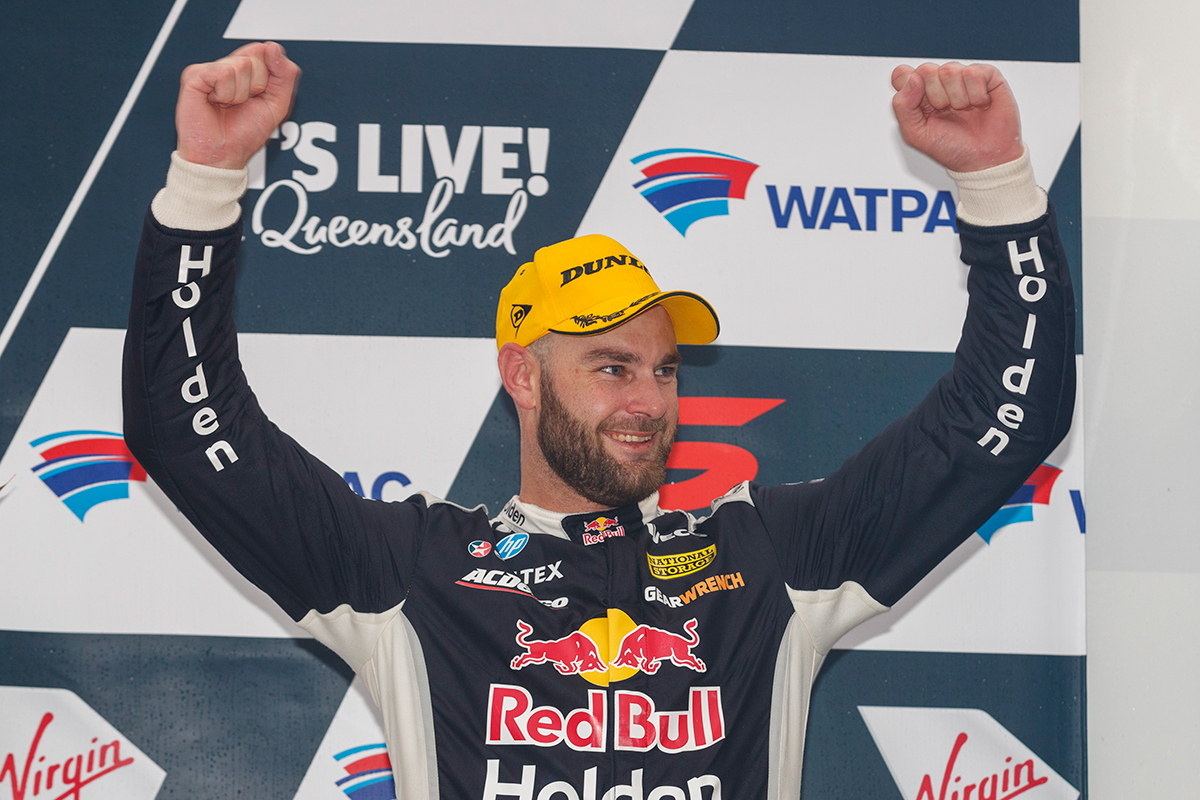 While overshadowed by the dominance of McLaughlin and his Shell V-Power Racing Mustang, van Gisbergen put together a hugely impressive campaign.

Mechanical failures at Albert Park put him on the back foot early, leaving the March event 11th in the standings, but he rallied to finish the championship second for the second straight year.

That included fine wins against the tide at Symmons Plains and Townsville; the only times the new Ford Mustangs were defeated in the opening 18 races.

His qualifying form was somewhat patchy, starting outside the top 10 eight times during the year, but many of those occurred while experimenting with ways to match the #17 Mustang.

Like Whincup, van Gisbergen’s season grew wings at Pukekohe, finishing first or second in the next five races, before a suspension issue in the dying stages denied him a Sandown 500 win.

Off-track, he handled a politically charged season with honesty and maturity, while rushing to the aid of McLaughlin after his Gold Coast crash was rewarded with the Barry Sheene Medal. 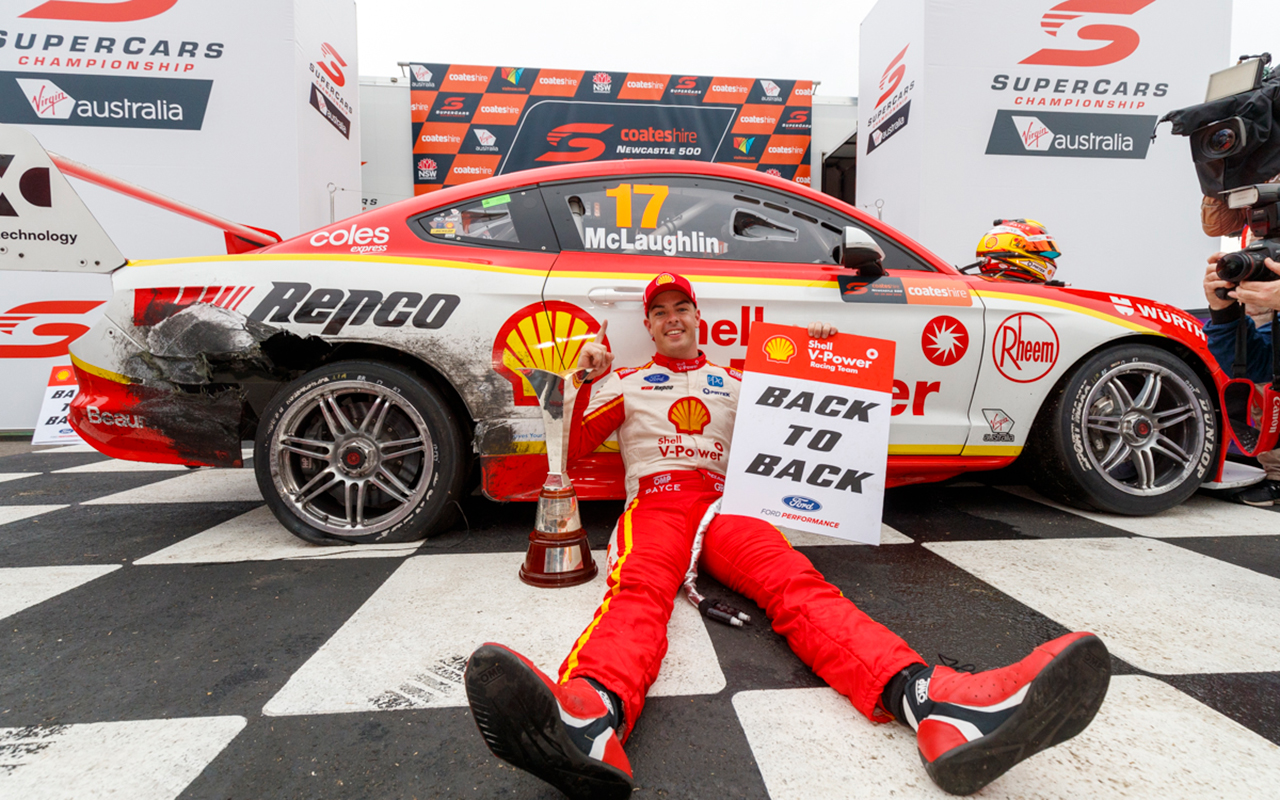 Yes, McLaughlin had an incredible car and team at his disposal, and yes there were some controversies along the way, but you can’t deny McLaughlin’s position on this list.

Time and time again in 2019 he delivered. Eighteen race wins, an all-time record, 15 ARMOR ALL Poles and 22 podiums were staggering numbers.

He wasn’t flawless and in fact missed two races due to incidents – one on an outlap at Albert Park and the other a Gold Coast qualifying crash; but it hardly mattered.

As ever, the comparison with teammate Fabian Coulthard was the true indicator of McLaughlin’s dominance, ending the year a staggering 814 points ahead.

Unfortunately for McLaughlin, his ultimate achievement – winning the Bathurst 1000 – was tinged with controversy, given the ‘go-slow’ and engine irregularity penalties that followed.

While not personally involved in either indiscretion, McLaughlin had to wear the criticism that followed, and ended the year a pleasantly surprised winner of the Drivers’ Driver Award.

He’ll enter 2020 as a red hot favourite for a third-straight title, while an IndyCar test in January suggests new challenges await sooner rather than later.