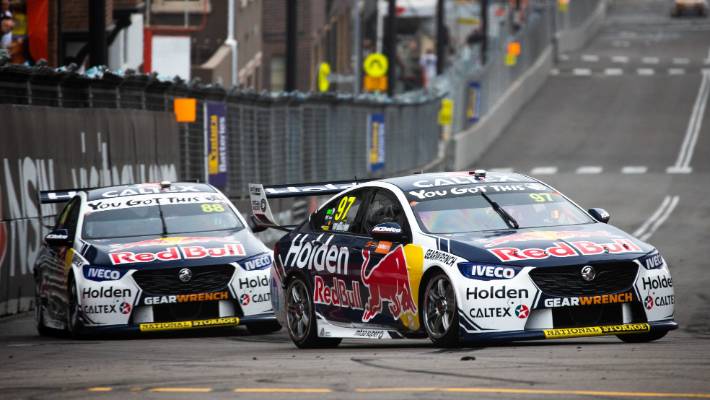 Van Gisbergen beat Scott McLaughlin by more than 10 seconds, having just held off the #17 in the run to the first corner, and never looked like losing from there.

The seven-time champion ran off at Turn 1 on lap 75 and was forced to three-point turn his way out of the escape road, causing him to plummet to seventh, which would later become eighth.

“Awesome day for us, shame about Jamie making a mistake there, that would’ve been great team points,” van Gisbergen said.

“Thanks to the guys, the car was awesome. I had a cool start, good battle and then forced our way through, so pretty cool.

“Thanks to Shippy [engineer Grant McPherson for] tuning that up in qualifying, that set us up for the win, because you simply just can’t pass here.

“Caught up in the middle stint and then you just get stuck behind. Great strategy to get us the win, that was all a team effort.”

The Shell Fords of McLaughlin and Fabian Coulthard didn’t quite have the pace to outright challenge the Red Bulls but drove smart races to second and third.

“Great job for everyone at Shell V-Power Racing, two and three, obviously Jamie made a mistake there and gifted us a double podium, but I’m sure they’ll come back strong tomorrow.

For Coulthard, it marked his first podium since Townsville, spelling the end of a tough run.

“Timing is perfect. We were gifted a little bit, Jamie [Whincup] going down the escape road, it’s a pretty rare mistake from him, but we’ll take it,” he said.

“We want to win that teams’ [championship] pretty bad and we’ll do what we can to do that.

“I said at the start of the race I was happy with the car. The middle stint is probably what set it up for us. 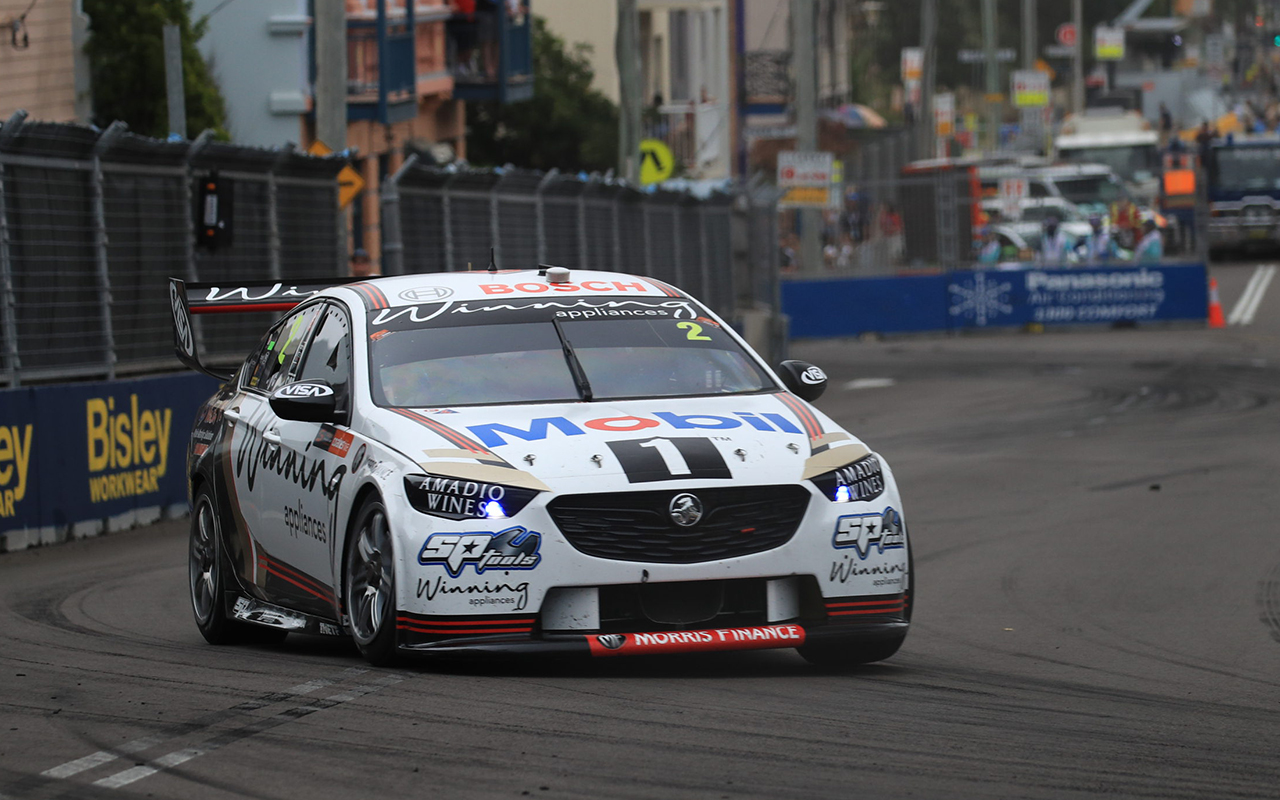 In a relatively straightforward race that ran without a Safety Car, Scott Pye starred for Walkinshaw Andretti United to make up 18 places on his way to sixth.

McLaughlin got the better launch of the front-row starters but polesitter van Gisbergen managed to hold the inside line – and then crucially run the Shell Mustang a tad wide to help Whincup sneak by into second.

From there, Red Bull was able to control the race running one-two.

The Shell squad threw a cat amongst the strategy pigeons by pitting McLaughlin on lap 7 to give him fresh air.

Refusing to react, Red Bull kept its drivers out, bringing Whincup in on lap 16 and van Gisbergen on lap 32.

McLaughlin undercut both rivals but would be jumped in the second pitstop phase when he was required to be stationary for longer to complete the mandatory 140 litre fuel drop.

As the order shook itself out – van Gisbergen the last stopper of the frontrunners on lap 64 – it was a Red Bull one-two from a Shell three-four, with Coulthard right on McLaughlin’s tail.

With van Gisbergen holding a four-second buffer and on fresher rubber, the scene was set for Sandown redemption after the #97 driver had suffered suspension dramas when victory looked all but assured.

This time, however, it was Whincup that dropped back unexpectedly.

His costly error sparked a 66-point turnaround in the teams’ championship battle as Shell V-Power were gifted a double podium.

The Ford powerhouse subsequently extended their advantage to 143 points heading into the last race of the season, where a maximum of 288 points will be available.

Between the Shell Fords and Whincup were David Reynolds, Cameron Waters, Scott Pye and James Courtney.

Pye drove a stellar race from 24th to sixth, elbowing his way past Courtney, Whincup and ninth-place finisher Tim Slade with a series of bold moves in the last 10 laps.

Mark Winterbottom ran a lonely race to 10th, while Tickford’s Newcastle troubles continued as Chaz Mostert, Lee Holdsworth and Will Davison all placed further back. 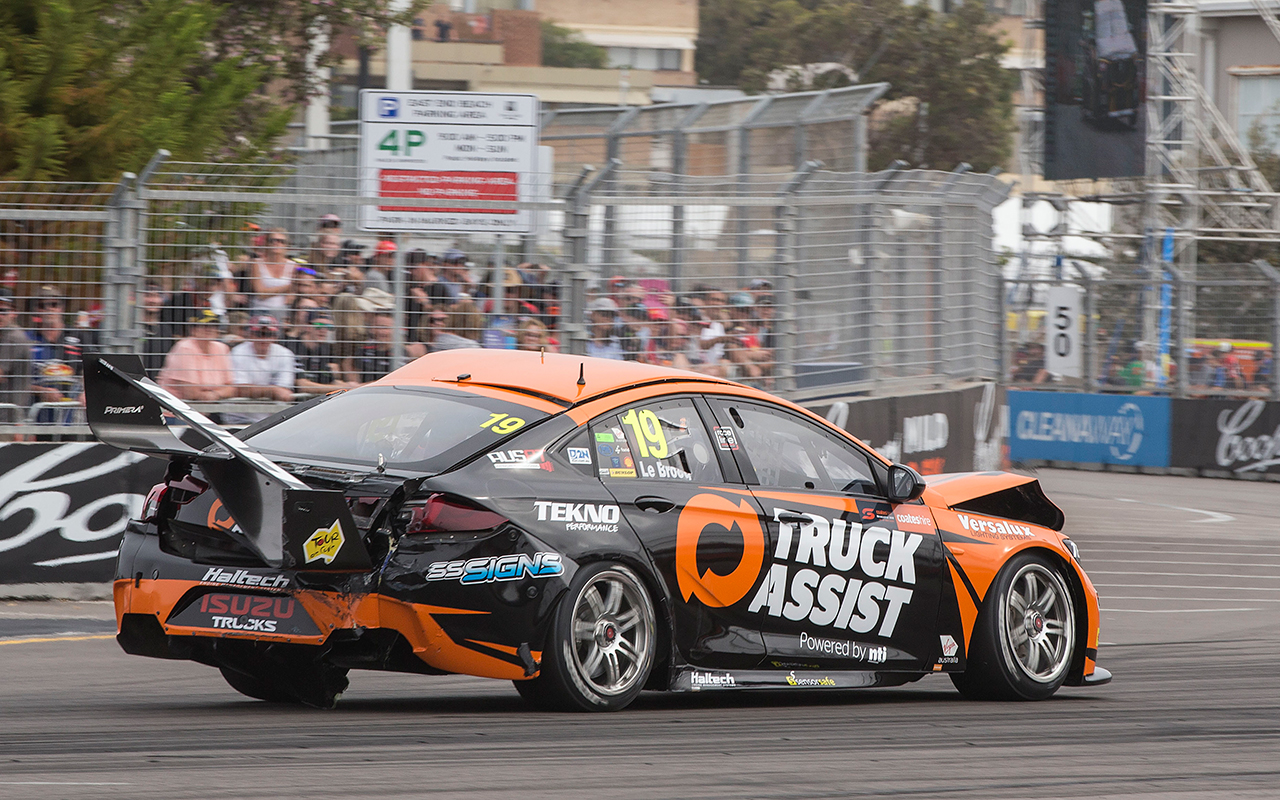 Jack Le Brocq’s afternoon finished early after being spun by James Golding on the second lap.

The Tekno Autosports Commodore started in 19th and sustained front-end damage after running into Macauley Jones at Turn 2, before his race was ended the following lap.

Golding escaped sanction after an in-race investigation but found himself in trouble later when he tangled with Macauley Jones mid-race at Turn 12.

The Boost Mobile Racing #34 was spun, with no further action again taken by the stewards on the incident.

The Penrite Racing youngster was able to get back on track, though not before dropping three laps down.

The final day of the season will start with an 11:20am ARMOR ALL Qualifying session, before a Top 10 Shootout and another 250km race.