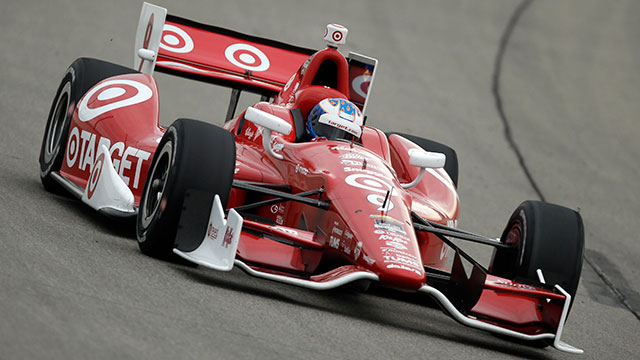 A late-race call for tires helped Hunter-Reay tear his way up through the pack and into Victory Lane.

It proved to be the right call as Ryan Hunter-Reay won for the second time in three years at Iowa Speedway and lengthened Andretti Autosport’s winning streak at the track to five; a remarkable feat.

Hunter-Reay charged through the field and passed Tony Kanaan for the lead with less than a handful of laps to go. Newgarden went around Kanaan on the last lap to nab second place with Kanaan finishing third after leading most of the 300 lap race. Newgarden started the race all the way back in the 21st position, so it was quite an impressive drive by the young racer.

Scott Dixon was fourth and Carpenter fifth. Hinchcliffe, Rahal, Castroneves, Briscoe and Kimball rounded out the top ten. Will Power fell to 14th after making contact with the wall on the final restart.

As a result of Power’s late-race misfortune, Castroneves now holds a nine point advantage in the championship over his Team Penske teammate. Race winner Ryan Hunter-Reay is third, 32 markers back.