Road Racing World Championship Grand Prix is the premier championship of motorcycle road racing. It is currently divided into three classes: MotoGP, Moto2 and Moto3. All three classes use four-stroke engines. In 2010, 250 cc two-strokes were replaced by the new Moto2 600 cc four-stroke class. In 2012, 125 cc two-strokes were replaced by the Moto3 250 cc four-stroke class with a weight limit of 65 kg with fuel, and the engine capacity for MotoGP increased from 800 cc to 1,000 cc. 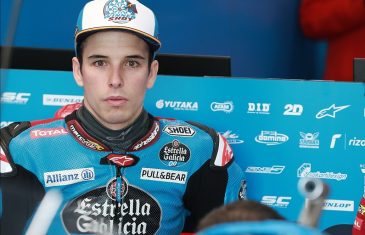 Honda MotoGP team boss Alberto Puig says Alex Marquez would not have been offered a works ride for 2020 had he not won the ’19 Moto2 title. On Monday, Honda confirmed six-time MotoGP world champion Marc Marquez’s brother Alex would take the seat vacated by Jorge Lorenzo, who retired from racing after last weekend’s Valencia […] 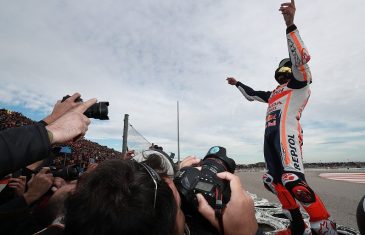 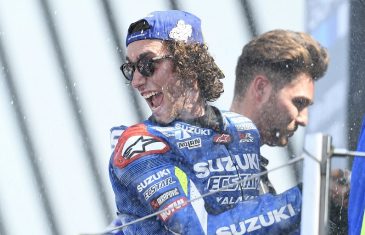 Suzuki rider Alex Rins pulled off a sensational last-corner move to beat MotoGP champion Marc Marquez to win a thrilling British Grand Prix at Silverstone. A race-long battle between Marquez and Rins was resolved by just 0.013 seconds in favour of Rins after he undercut the Honda rider coming through the fast right-hander of Woodcote […] 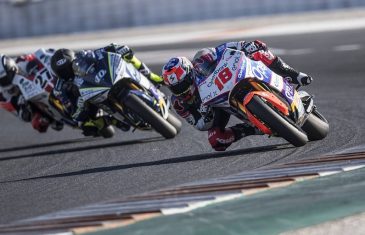 The MotoE World Cup has held its first test, including a simulated qualifying and race at Valencia, since the entire electric bike series paddock was destroyed by fire in March. The inaugural all-electric MotoE World Cup was due to have its first round at this year’s Spanish Grand Prix in May, but a paddock fire […] 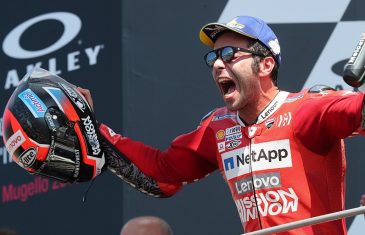 Ducati rider Danilo Petrucci secured his maiden MotoGP victory on home soil at Mugello after edging out Marc Marquez at the conclusion of a thrilling Italian Grand Prix. Petrucci held on in a tense showdown, beating Honda rider Marquez by only 0.043 seconds on the drag to the finish line, with Andrea Dovizioso making it […] 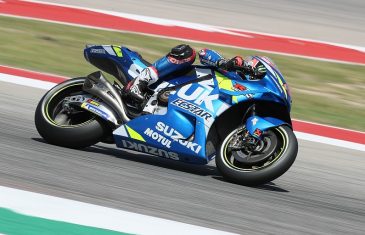 Suzuki rider Alex Rins beat Valentino Rossi to score his first MotoGP win, after Marc Marquez’s unbeaten Austin run ended with a crash while holding a healthy lead. Honda rider Marquez converted pole into an early lead, and looked well on course for a seventh consecutive win at the Circuit of the Americas as he […] 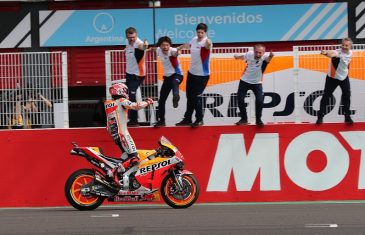 Marc Marquez scorched to his first MotoGP win of 2019 in Argentina, beating runner-up Valentino Rossi by a commanding margin of almost 10 seconds. Honda rider Marquez made the perfect launch from pole position to make a break at the start, opening up a one-second lead over a similarly fast-starting Valentino Rossi on the opening […] 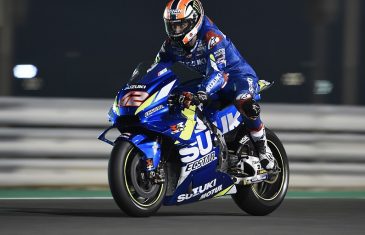 Suzuki’s Alex Rins narrowly beat Maverick Vinales to the fastest time on the second day of MotoGP’s pre-season test in Qatar. As was the case on day one, factory Ducati duo Danilo Petrucci and Andrea Dovizioso spent the most time on top during the day – with Petrucci the first rider to beat Vinales’ benchmark […] 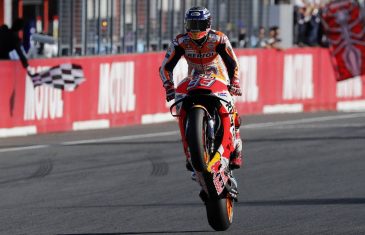 Spain’s Marc Marquez wrapped up his third straight MotoGP championship with victory at the Japanese Grand Prix on Sunday after title rival Andrea Dovizioso fell on the penultimate lap while trying to find a way past the Honda rider. The 25-year-old is now tied with Australian Mick Doohan on five premier class world titles, with […] 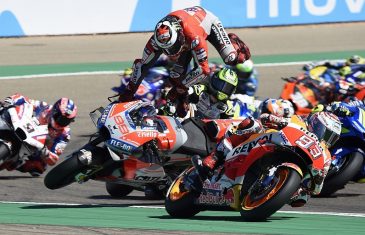 Marc Marquez won the Aragon Grand Prix to extend his overall lead of the MotoGP championship to 72 points on Sunday, after pole-sitter Jorge Lorenzo crashed on the opening lap. Lorenzo flew off his Ducati on the race’s first turn and was taken to the MotorLand Circuit’s medical center, where medical staff determined he had […]