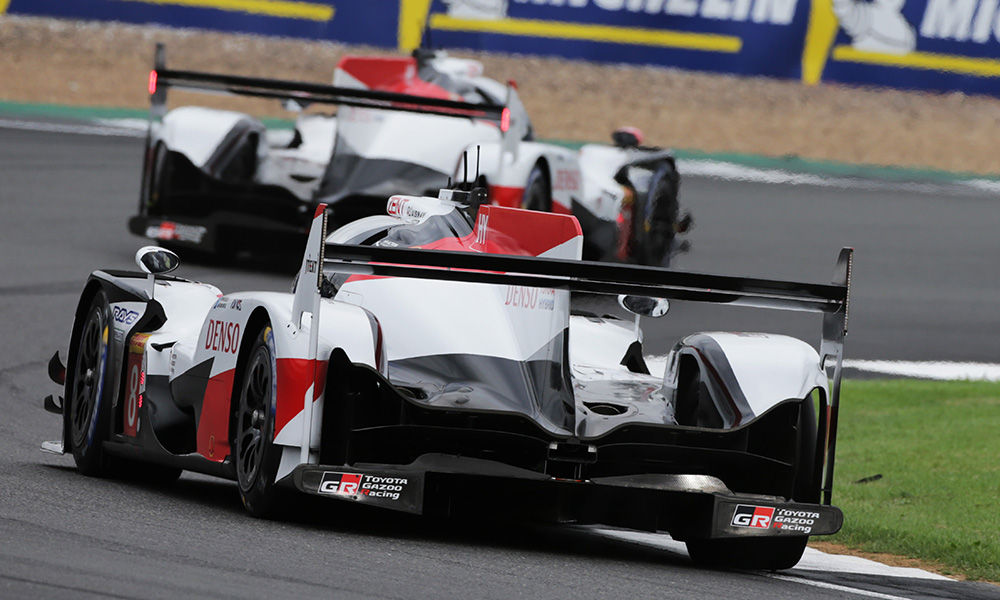 Both Toyota TS050 Hybrids have been disqualified from Sunday’s Six Hours of Silverstone due to technical infractions, handing the overall victory to Rebellion Racing.

The cars, which finished 1-2 in the third round of the FIA World Endurance Championship, were found to have failed skid block deflection tests.

According to a stewards report issued late Sunday, the “front part” of the No. 8 Toyota’s skid block deflected 9 mm under the specified 2500 N load on both sides of the skid block, while the No. 7 car had 8 mm of deflection on the left side and 6 mm on the right side.

It was found to be a breach of Art. 3.5.6.d of the LMP1H technical regulations, resulting in exclusions.

While there were no reports of the Toyotas being involved in any incidents, the Japanese manufacturer has claimed, per the stewards report, that both cars must have sustained “some sort of damage” to the internal stays affixed to the portion of the skid block.

The stewards, however, dismissed that explanation, stating that cars must be able to withstand the “normal rigors” of a six-hour race.

It comes after a dominant run for the Toyotas, which finished four laps clear of the competition, led by the No. 8 entry of Fernando Alonso, Sebastien Buemi and Kazuki Nakajima.

The ruling has given the No. 3 Rebellion R13 Gibson of Mathias Beche, Thomas Laurent and Gustavo Menezes the overall win, in a 1-2 finish for the Swiss squad.

It has marked the first outright victory for a non-hybrid prototype in WEC competition since Spa 2012 and the first-ever for a privateer team.

Toyota, which has yet to release a statement, is expected to appeal the decision.