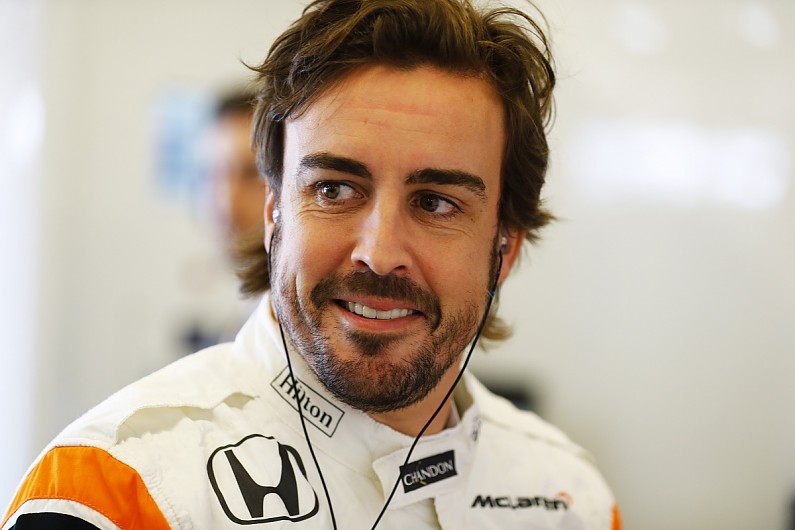 Two-time Formula 1 world champion Fernando Alonso will join the United Autosports LMP2 team for an assault on the Daytona 24 Hours next January.

The McLaren F1 driver will team up with European Formula 3 champion Lando Norris and Phil Hanson at the wheel of one of United’s Ligier JSP217 prototypes for the IMSA SportsCar Championship season opener.

Paul di Resta, Will Owen and another yet-to-be-announced driver will share the sister entry.

Alonso last week hinted he could race at Daytona in 2018, following his Indianapolis 500 bid earlier this year, and there have been suggestions that his participation in the event could be a precursor to an attack on the Le Mans 24 Hours.

The Spaniard’s new McLaren deal is understood to ensure he is available to race at Le Mans next year, should the opportunity arise.

“The Daytona 24 Hours is the most iconic US endurance race and one of the world’s great races,” said Alonso. “Everyone knows it.

“It’s not part of the Triple Crown [of Monaco Grand Prix, Indy 500 and Le Mans victories] but, as I have always said, my aim is to be a complete driver and this experience will help me in the preparation for any other endurance race I might take part in.

“Before I went to Indy, I had never driven on an oval, now I know what an oval is and how to deal with it.

“I am excited to go back and race in America.

“After the great time I had during the month of May for the Indy 500, I am looking forward to taking part in another legendary race that will bring back all those amazing sensations that US fans gave me.

“Also, this race happens at a convenient time, in January, when our F1 season is off and we are mainly working on our physical preparation.”

Alonso will get chance to sample the Ligier in the ‘Roar before the 24’ test on January 5-7, three weeks ahead of the race proper on January 26-27.

United owner and McLaren CEO Zak Brown added: “I’m thrilled we have managed to put a deal together to get Fernando in the car at Daytona.

“Although he hasn’t driven an LMP2 car before I’m confident he will pick it up quickly.

“He’s one of the best drivers around so it will be great to have him as part of the team, not only for his speed, but for his experience and the invaluable knowledge he will pass onto Phil and Lando.”

Bamber and Tandy confirmed in IMSA Porsche return for 2018