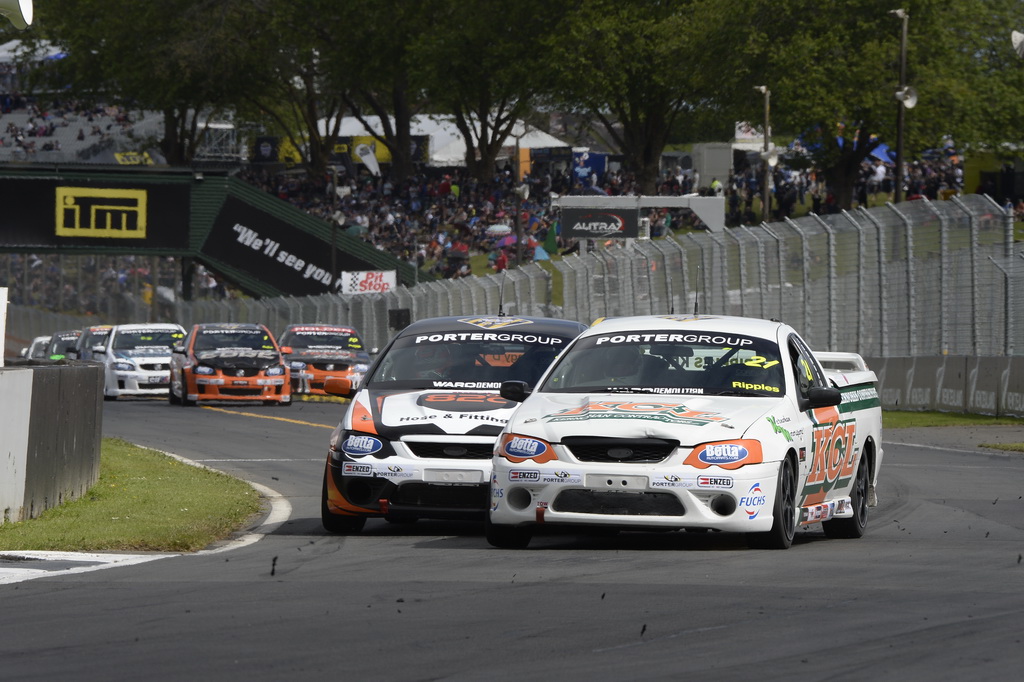 The PORTERGROUP V8 Ute series has confirmed its calendar for the 2017-2018 season, with the series introducing some major cost cutting initiatives for competitors that will see more than $20,000 slashed from team’s seasonal operating budgets.

Two less events with lower round fees, reduced entry fees, reduced tyre and brake costs and a lower TV levy will all contribute to the huge seasonal saving.

The 2017-2018 series, which remains a New Zealand motorsport championship, will reduce from six to four rounds – with two before Christmas and two after. All are ‘big ticket’ rounds with the championship opening at the ITM Supercar event at Pukekohe in November, before moving to the first round of the Speed Works Events promoted Premier Championship series at the Bruce McLaren Motorsport Park, Taupo in December. The series will then run at the New Zealand Grand Prix meeting in February at Manfeild before concluding at the Speed Works round at Hampton Downs. The championship will continue to be broadcast on TV3’s CRC Motorsport Show on Sundays.

There are no South Island rounds planned for the series next season, but discussions are ongoing to make the trip in alternate seasons so that drivers from the South Island do have a home round and South Island fans can see the racing in the flesh.

With the exception of the Supercar round, the utes will now run only on Saturdays and Sundays, as the BNT NZ Touring cars do, and there will be no further Friday practice or hot lap sessions. The category and shareholders have also committed to at least one, or possibly two sponsor and fan hot lap days away from race weekends when all utes will run at nominated race tracks.

“We have looked at every option and both management and the category shareholders agreed to send a strong signal to drivers out there considering where to race next season and beyond that we would love to have them in PORTERGROUP V8 Utes,” explained series managing director Paul Isaac.

“Various series in NZ have looked at reducing costs in order to keep their existing drivers and attract more and we have decided to be on the front foot and get our offering out there nice and early. In recent seasons we have enjoyed clean racing and those who follow motorsport will agree that last season V8 utes had some of the best and most competitive racing in the country.”

In another key move, changes will be made to the parity of the utes fleet. Changes in recent seasons to standard ratio gearboxes and suspension upgrades have occasionally favoured the Holdens in terms of lap times and the changes will once again align the Fords with the Holdens.

“We have had Ford winners in races last season and have had Ford champions, but it is fair to say the Holdens have been able to gain a little more from the standard parts we introduced, so we will make some small but significant adjustments and align Ford runners with the Holdens – that’s all they really need.”

Several former drivers are looking to return to the series, and a number of other ute owners not running in the series are looking at doing two or more rounds with the cost savings now in place. “We genuinely hope there will be even more enquiries and we can get out there with a good grid of utes for a competitive championship,” added Isaac. “We have a while to go before the new season gears up so there is plenty of time for drivers and teams to put new deals together and come racing in PORTERGROUP V8 Utes.”

Anyone interested in finding out more or making an enquiry about ute availability and racing in the series should contact series managing director Paul Isaac on 07 377 2081.