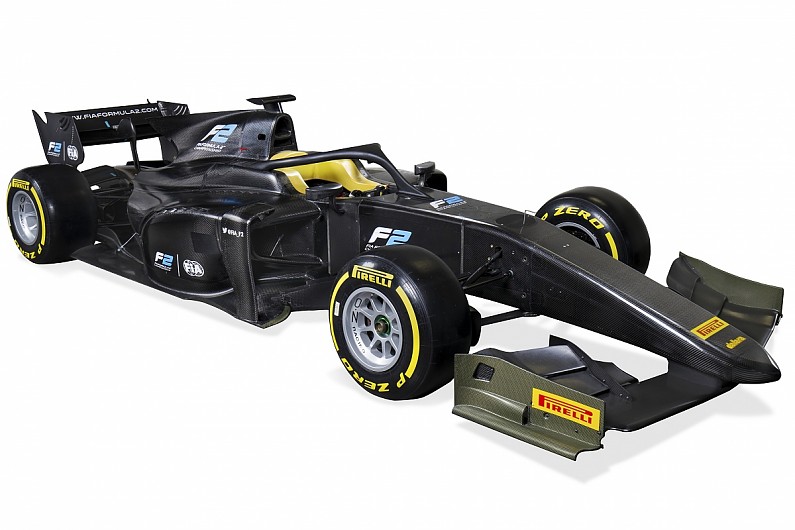 The new Formula 2 car that will be raced in the Formula 1 support series from 2018 has been revealed and will feature the halo cockpit protection device.

The car, which has been called the F2 2018, was unveiled at the Monza circuit on Thursday.

The new car will be the first the F1 feeder category has introduced since 2011, when it was known as GP2, and has been designed to resemble the new generation of F1 machinery, as revealed by Autosport in May.

As well as incorporating the halo, the car’s design features wider and more aggressive bodywork styling – with the chassis again produced by Dallara – which means the car is 159mm longer than its predecessor and 32kg heavier (including a driver).

Its width, 1900mm, is unchanged from the previous car. 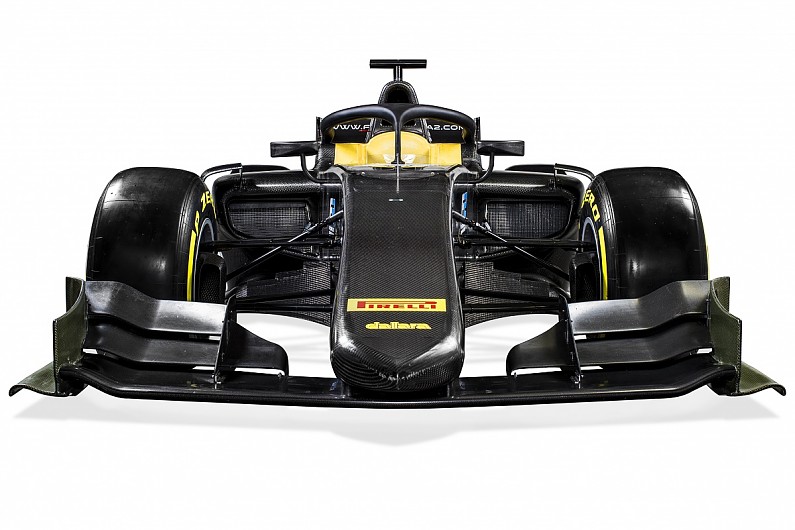 The car’s DRS, virtual safety car and electronic systems have all been upgraded alongside an updated ECU, which has the scope to be developed for future seasons to control costs.

The F2 2018 will retain a number of mechanical parts from the GP2/11, including the majority of the gearbox, brake system and some suspension components.

The car will continue to use tyres supplied by Pirelli, but its wheel size is based on 2016 F1 dimensions.

“Our focus has always been on providing a powerful, safe and challenging car which will encourage overtaking, and thanks to the new aerodynamics package we believe this car will both enhance racing and provide even more entertainment for our fans,” said F2 series boss Bruno Michel.

“Our philosophy has always been to match this with cost control for the teams, and we believe the F2 2018 will continue to limit operational costs and provide an attractive package to our teams.”

FIA F1 race director Charlie Whiting said the new car was “an important moment for the FIA as we complete the single-seater pyramid”.

“The plan for a more structured junior formula ladder is designed to feature cars that better prepare drivers for the next step,” he continued.

“For Formula 2, that means we needed a car that will not only educate, but will also allow the drivers that are most ready for Formula 1 to shine brightest.

“The car has been developed to include improved aesthetics, as well as bringing the safety level up to the highest standards for single-seater cars – and to ultimately bring it closer to a modern Formula 1 car on both of these points.”

The F2 2018 was given a shakedown run at Magny-Cours in July and will be tested further before the end of 2017.

The first cars will be delivered to teams in mid-January 2018 and the second next February.

Two test sessions have been scheduled for December that will focus on the car’s performance capabilities. 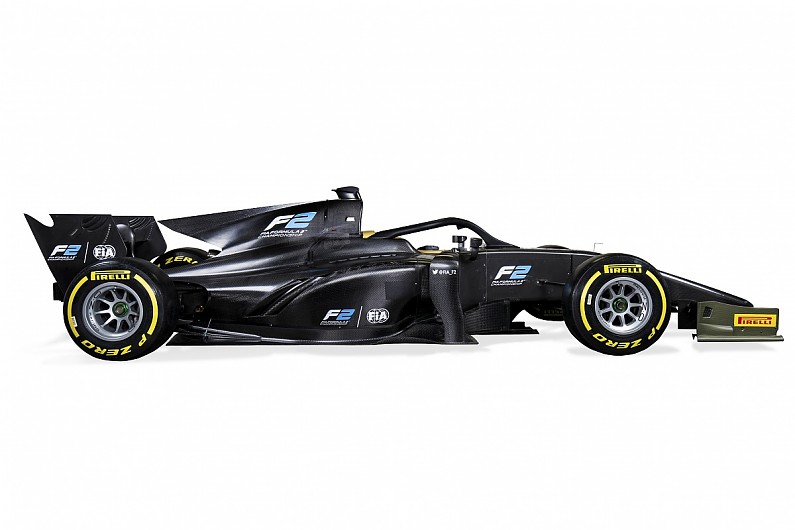