Paddon back to school before tarmac switch 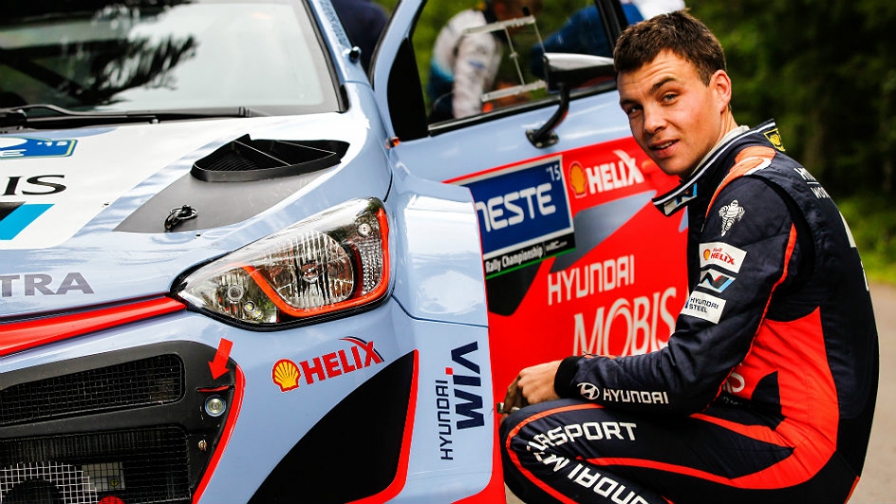 HAVING IMPRESSED ON GRAVEL THIS SEASON, HAYDEN PADDON HAS BEEN WORKING ON HIS ASPHALT SKILLS AHEAD OF THIS WEEK’S ADAC RALLYE DEUTSCHLAND [20 – 23 AUGUST] EVEN TAKING A MASTERCLASS WITH MARCUS GRONHÖLM’S FORMER DRIVER COACH.

This will be the New Zealander’s first attempt at the all-asphalt event in a World Rally Car after two previous appearances in WRC 2 machinery.

“We have done maybe 30 per cent of the route before which will help, but the speed difference between WRC2 and WRC cars is much greater on tarmac and this will be the biggest thing to adapt to from our previous experience of this event,” said Paddon, who is co-driven by John Kennard.

“As we have only done one event with the Hyundai i20 WRC on tarmac before [Spain last year], we started from scratch with the setup during our one day test with the team the other week. Of course, with a one day test, you are a little restricted time-wise, but we made some good progress and now have a car I’m confident in, albeit setup a little differently to our team-mates.”

As part of his pre-event preparation, Paddon headed to the UK to spend a day with former FIA Endurance Touring Car champion Rob Wilson – a driver coach to numerous world class drivers including Mikko Hirvonen and double World Champion Gronhölm.

“It was good to spend some time with Rob who I also did some work with a few years ago,”Paddon explained. “Tarmac rallying requires a different mind-set and understanding of weight transfer and smoothness. Rob really helped to knuckle this into my brain and practice it. It’s not something I will perfect overnight, but gives me plenty to think about and consciously work on.”

Paddon is also hoping to learn from his Hyundai team-mates, Thierry Neuville, Dani Sordo and Kevin Abbring. “This event will be more difficult for us, especially with what I would describe as three team-mates who are tarmac specialists. This is a surface we don’t have a lot of experience on but I have done this rally a couple of times before and I really enjoy the character of the roads.

“So, yes, we will have our work cut out for us, but I see this as a positive and I am sure we can learn a lot from our team-mates throughout the rally. The biggest thing, of course, is for us to learn and get to the finish. If we can try and be in the top ten, great!” he said.

Paddon back to school before tarmac switch