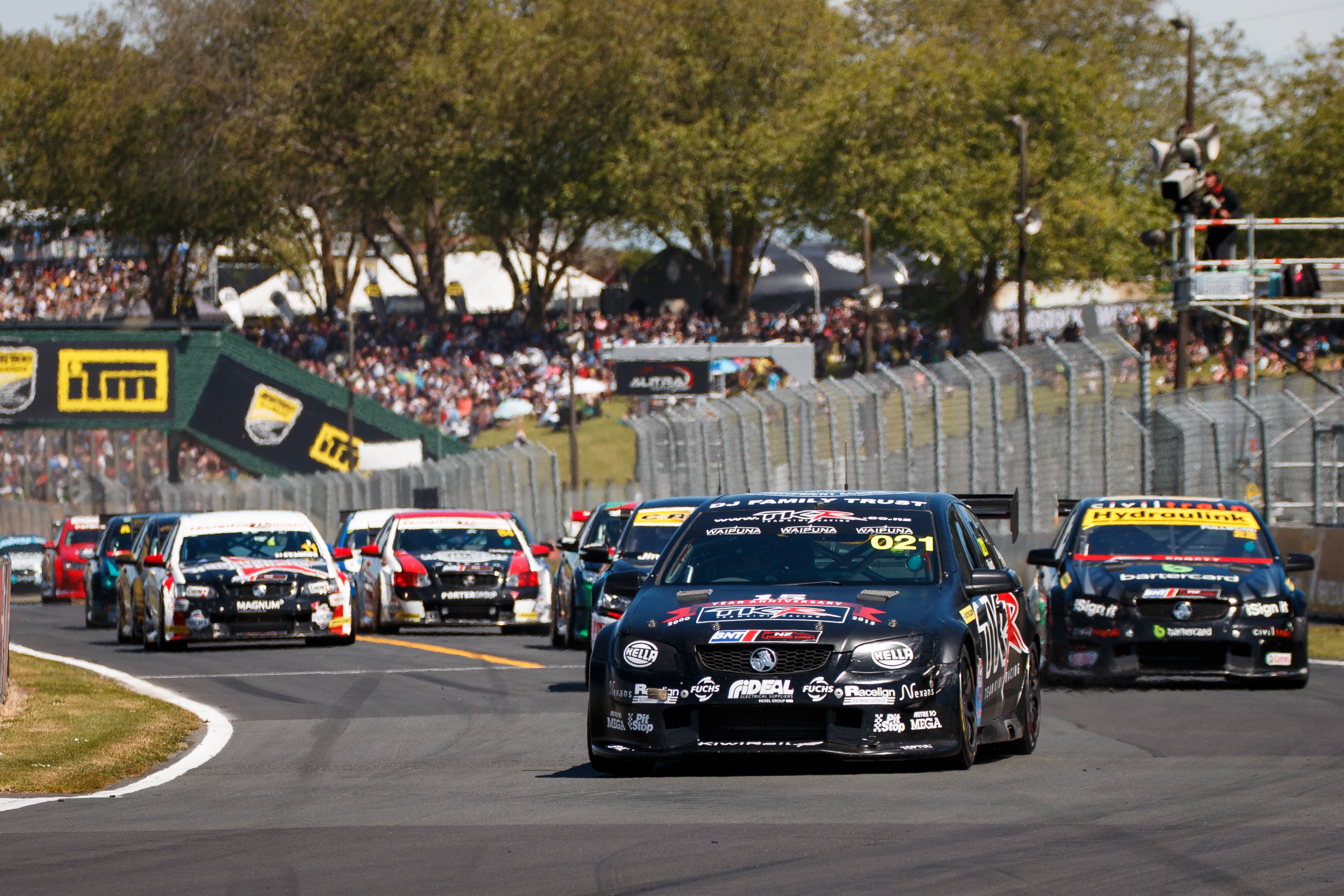 The new-look motor racing season in New Zealand got off to a great start with the first Premier Motorsport event at Taupo Motorsport Park in October, before the big classes then moved on to the ITM 500 V8 Supercar event at Pukekohe.

This weekend the country’s major racing categories are in action once again, at the V8 Festival at Hampton Downs. And if the racing at the first two meetings is anything to go by, then fans who head along to the North Waikato track this Saturday or Sunday are in for a real treat.

The revitalised BNT NZ Touring Cars are already finding their feet as a combined championship class of V8 SuperTourer, TLX and TL spec cars, and have produced some epic encounters already, most notably the first race at Taupo which was regarded by many as one of the country’s best touring car races for some time. Won by former Bathurst winner Jason Bargwana and packed with close racing and the odd controversial incident, the series now has everything touring car fans hoped for. It can only get better and with a full pit lane of the racers at Hampton Downs this weekend, the action is set to continue.

Youth vs Maturity is the story of the epic climax to the UDC V8 Ute series which will be played out at Hampton Downs this weekend. After a long, competitive, closely fought and challenging championship, either Sam ‘Bazza’ Barry or Brett ‘The Scud’ Rudd will likely lift the series crown, and for either it will be hugely well-deserved.

The exciting Toyota Finance T86 championship heads to Hampton Downs for the second round of its own bigger and better 2015 series. No fewer than 16 of the good looking rear wheel drive racers took to the track at Pukekohe, and we should see a similar field at Hampton Downs. Close racing is guaranteed and runaway Pukekohe winner Ash Blewett will be looking to maintain his rich streak of form.

Another crowd pleaser heading for the North Waikato is the Ssangyong Actyon Ute series, where you can see some of the brightest young stars of the future show their skills at a large race meeting. The racing is nose-to-tail and the lap times incredibly close. It’s hugely entertaining and a great showcase for those competing.

The two TRADEZONE GT grids will wow the fans this weekend, with the awesome GT1 and GT2 machinery likely to be amongst the very fastest cars racing over the weekend. With sports prototypes, old V8 Supercars on steroids and ex-factory GT cars, the class is petrolhead heaven. GT3 and GT4 combines slightly slower ‘home grown’ type machinery, and whilst the grid does not have the outright speed of its big brother, it nevertheless provides big fields and very close racing.

The classic Kumho Pre-65s are always a very popular addition to any race meeting and the category is back for its second Premier Motorsport event at Hampton, while the NZ Sportscars (combined with a Formula Libre element for this event) bring modern aerodynamics and technology and are more like baby ‘Le Mans’ type cars than anything else – including on this occasion the legendary and iconic Addis Charger.

Murph’s apprentice returns to the V8 grid this weekend