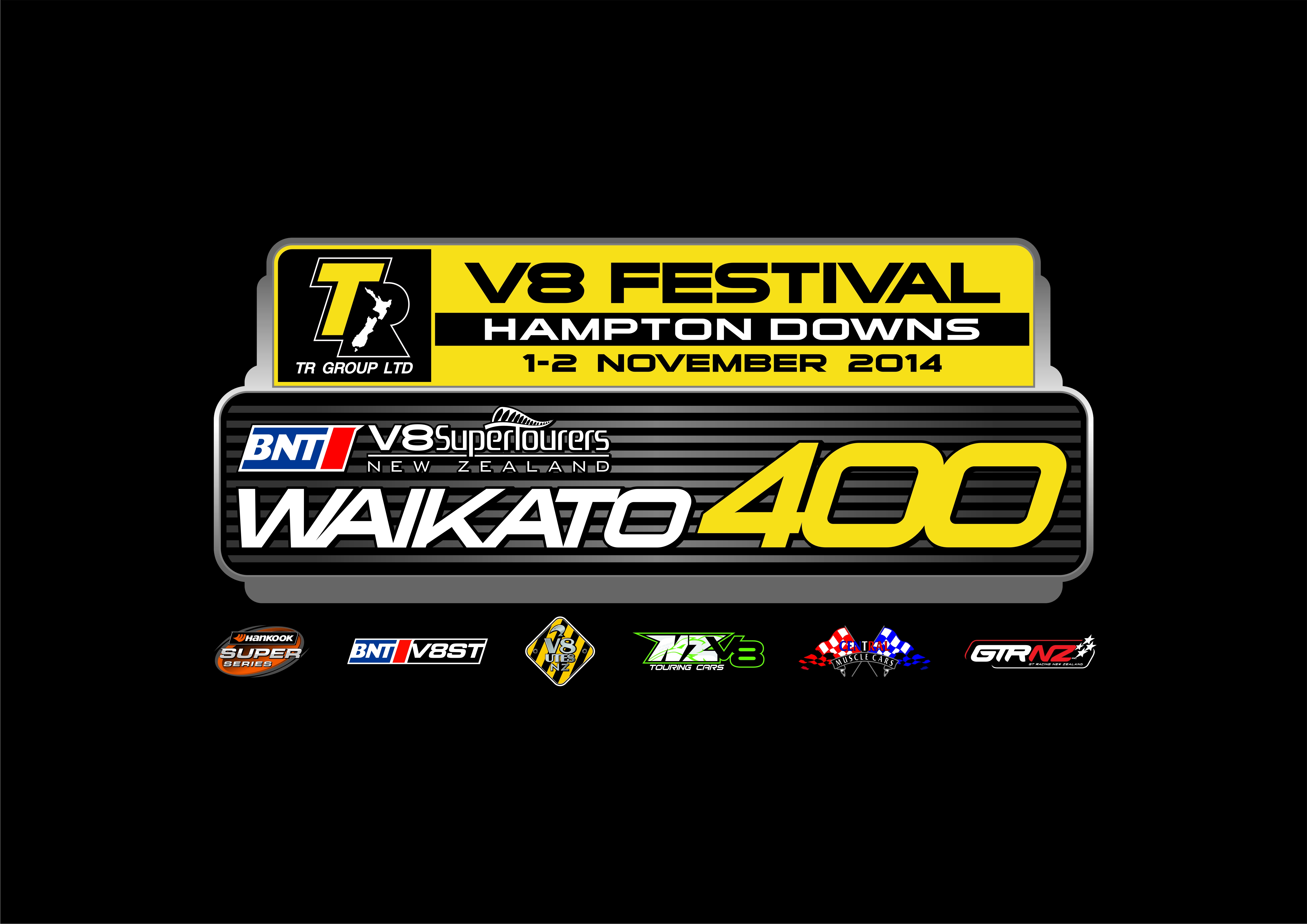 The best drivers from both sides of the Tasman – and the country’s top V8 categories – are all set to rock the Waikato in the first ever V8 Festival.

V8 SuperTourers and Hampton Downs Motorsport Park have come together to create the brand new event which is sponsored by the TR Group and will be an official round of the Hankook Super Series. The TR GROUP V8 Festival will be headlined by the BNT V8 SuperTourers in their second endurance round, the Waikato 400, over the weekend of November 1st and 2nd. Alongside them in a huge line up at the inaugural event will be the UDC V8 Utes, Central Muscle Cars, NZV8 Touring Cars, GT1 and GT2, NZGT and Formula Libre single seaters and sportscars.

A selection of V8 Supercar aces will line up on the grid for the Waikato 400 alongside New Zealand’s best in the BNT V8 SuperTourers, and some major co-driver announcements are expected over the coming weeks.

It will be the second of three endurance rounds that form the first half of the new-look BNT V8 SuperTourer calendar. Up to eighteen of the 565 horsepower cars will line up for a three race programme, covering 400km over the two days with driver changes and fuel stops adding to the excitement.

2014 Sprint Series champion in the Mike Pero Racing Holden and multiple Bathurst winner Greg Murphy is confident the event has the ingredients the fans are looking for to make the trip to the Waikato.

“The fans just want to see all of the country’s V8 machines on the card together at an event more often than just once a year at the ITM 500, and this event brings a paddock full of sensational racing cars and talented racing drivers together,” said Mike Pero Holden star Greg Murphy. “The event will feature the country’s biggest racing names and will provide sensational racing amongst the SuperTourers as the circuit has done every time the series has visited. The other categories at the V8 Festival are also firm favourites with the fans and it’s fans we want to see at this event. We’re all working together to put on a great show and it’ll be exactly that.”

The Aussie invasion will continue in the UDC V8 Utes, with championship leader Kris ‘Killa’ Walton likely to head a pack of up to 15 of the 1850kg, 400 horsepower Holden and Fords. The field will include veteran ute racers Peter ‘Kaos’ Ward, Geoff ‘SOS’ Spencer and Mike ‘Buzz’ Lightfoot while series leader Kris ‘Killa’ Walton – who is also the man in form across the Tasman in the Aussie series, will make his circuit debut.

The TR Group V8 Festival will also be round one of the NZV8 Touring Car Series, which could include an entry from Team Kiwi Racing.

The very popular Central Muscle Cars adds another hugely popular V8 category to the Festival and as it does wherever it goes, the series will wow the crowds and turn heads with its unique blend of classic muscle cars and amazing horsepower.

Some of the fastest machines at the event will come out of the GT1/GT2 field which will include V8 powered TransAm machines as well as Glen Smith’s unique and scary fast Porsche-powered Crawford Daytona Prototype car – a specialist endurance racer more used to the 350kph banked turns of the Daytona Motorspeedway than the twists and turns of the challenging Hampton Downs track. It is possible up to three of the Kiwi designed prototypes could be on the grid for the first round of the series 2014-2015 championship.

An invitation event for Formula Libre cars is hoped to attract a number of single seater racers spanning a wide era of racing, as well as more modern sportscar racing machinery including Can Am, Formula Pacific and Formula Holden racers.

The event will follow the successful model of the historic racing focussed New Zealand Festival of Motor Racing, with regular demonstrations on track that will put awesome V8 machinery such as Formula 5000 single seaters and monster CanAm sportscars under the spotlight.

Moore/Slade pairing will be hard to beat