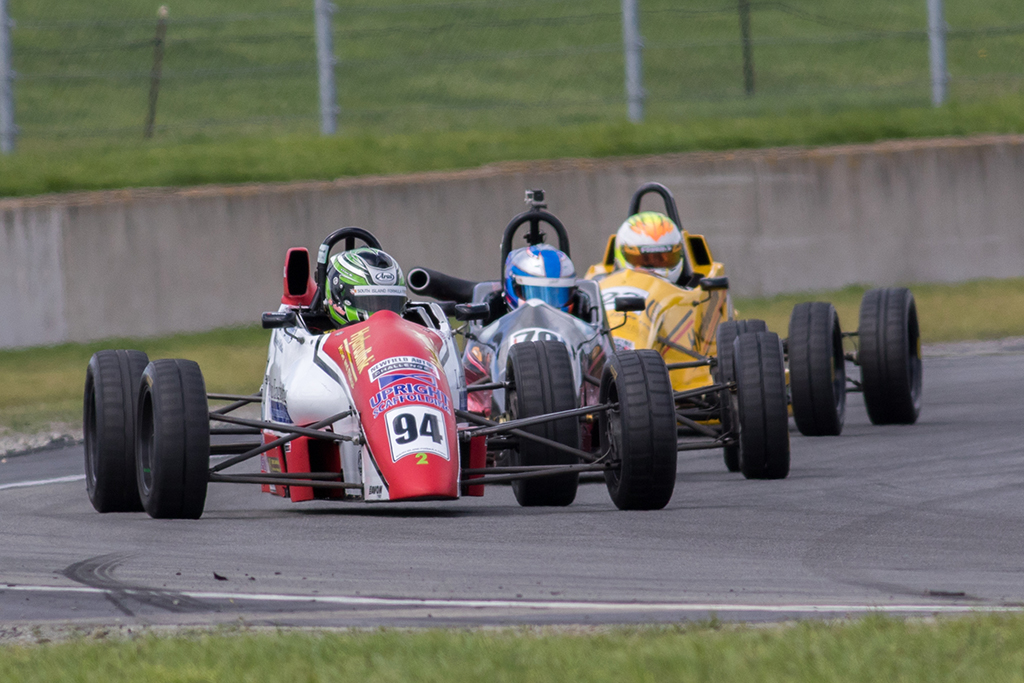 Christchurch’s Michael Collins will be seeking race wins this weekend as the 2016/17 New Zealand Formula 1600 Championship heads to Teretonga Park in Invercargill. It is the third round of five to be held this summer and Collins (Van Diemen RF91) is just 34 points behind leader Liam Lawson (Mygale SJ08a ) from Pukekohe. Lawson has won the last nine F1600 races while Collins has been runner up the same number of times.

“We’ll see what we can do,” commented Collins. “It’s important to keep ‘bagging’ points, keep putting pressure on him (Lawson) and capitalise on any mistakes.”

With 40 points on offer for first place and three races over the weekend consistency and finishing is the priority. Ethan Anderson (Van Diemen RF93 Stealth) is third overall while fellow Southlander Jordan Michels (Mygale SJ13) sits fourth on the points table after retiring from the third race of the season at Timaru last November.

“We are still making up for the points we lost at Timaru,” said Michels. “It’s so important to finish every race in this championship.”

The weekend also doubles as the fifth of six South Island Formula 1600 Championship rounds. Collins has a handy 67 points advantage over Lawson who missed the opening three races at Ruapuna in October due to retiring with engine problems. Again highlighting the need to finish and score points.

Three classes of modern to historic Formula 1600 single seaters face qualifying and the first of three races on Saturday afternoon with the remaining two on Sunday. Lawson leads the national Class One while Collins is proving competitive in an older Class Two car and leads the class.

Christchurch’s Andy Downs (Lola 642a ) is yet to be the first Class Three-car home but has a narrow three-point lead over Invercargill’s Joseph Oliver (Crossle 55F). Oliver has won the class in four of six races, but has paid the price of not finishing one race and taking the points on offer.