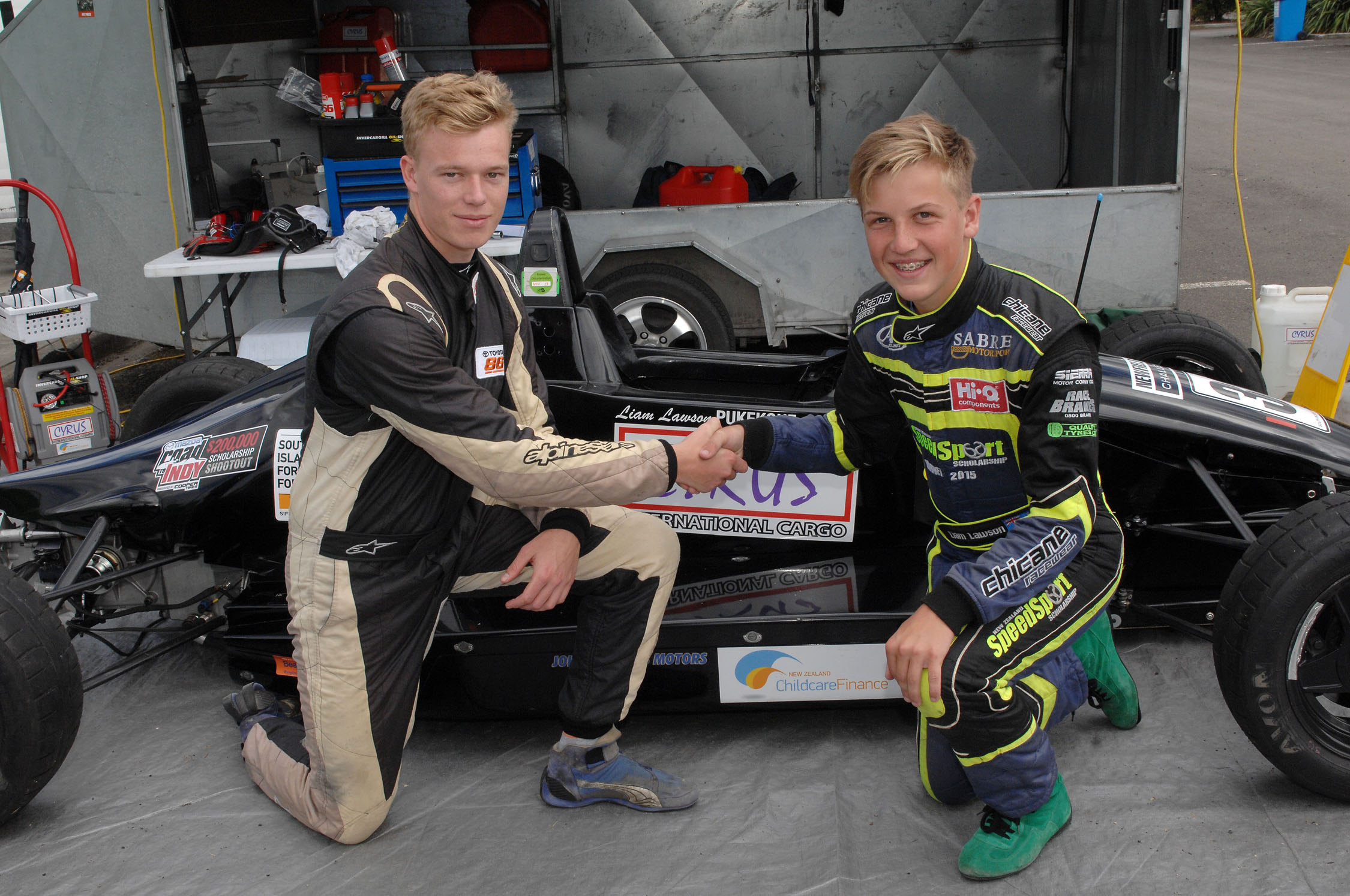 The latest winner of the New Zealand Formula 1600 competition, Liam Lawson, is encouraged by Michael Scott’s experience at the ‘scholarship shoot-out’ for the 2017 Cooper Tires USF2000 Championship Powered by Mazda, held in December last year.

As part of winning the 2016/17 NZ F1600 title, Lawson now has the opportunity to head to the US later this year to attend an international ‘shoot-out’ to determine who wins a $US200K fully supported drive in the 2018 Cooper Tires USF2000 Championship Powered by Mazda.

Scott, the previous winner of the New Zealand F1600 title, was the first Kiwi given this opportunity created by the ‘Mazda Road to Indy’ program in the US.

Scott made two trips with Victory Motorsport’s Gary Orton who is well versed and experienced with the motorsport scene in the US.

“It was great going with Gary,” commented Scott.  “He’s such a wealth of knowledge and experience.

“We first went over earlier in September and raced in the USF2000 series round at Laguna Seca.  It was Gary’s idea as I would especially be able to learn the track where the shoot-out would take place.”

“It’s important to get there early so we flew over on the 2nd December.  I was still suffering from the effects of my big crash in the Toyota 86 round at Pukekohe.  But at least I had a chance to rest before we got underway on the 5th.”

For three days, the international participants were on their own.  The first day was a ‘meet and greet’ with the second holding three 20-minute practice and assessment sessions in the racecar.

“It wasn’t the USF2000 car that we drove, rather a training car called a ‘Lucas Oil.’  It had paddle shift, road tyres and a Mazda 2.0 litre engine with 140HP.  They are quite different to a NZ F1600, and handled more like our Formula Vee.

“The emphasis was on the track racing.  Most of the drivers were very professional and it showed the importance of being a good ambassador.”

The third day involved a fourth practice session after which the judges selected six finalists, with Scott missing out.

“I was disappointed with the result but the judging was fair.

“My suggestion for Liam is to go with an open mind; pre-testing (at Laguna Seca) would be valuable; enjoy the experience and do some laps in a Formula Vee or something similar.”

Gary Orton confirmed Scott’s observations.  “It’s a fantastic opportunity for Kiwi drivers. For Liam getting there early is critical.  He needs to do some laps in a Formula Vee or put some road tyres on a F1600.  Even some previous track experience at Laguna Seca is important as Michael found.

“The focus at the shoot-out really was on the driver and the driving,” commented Orton.  “The whole thing was really well run, very neutral and at the end of the day it was disappointing for Michael but the winner, (Oliver Askew) deserved it.  He was quick and he proved it.”

Now for Lawson his focus will be on preparing for heading to the US.

“It’s pretty exciting so we will give it our best shot,” commented Lawson.  “There’s lots of preparation to do before then so we will be working pretty hard over the winter.”