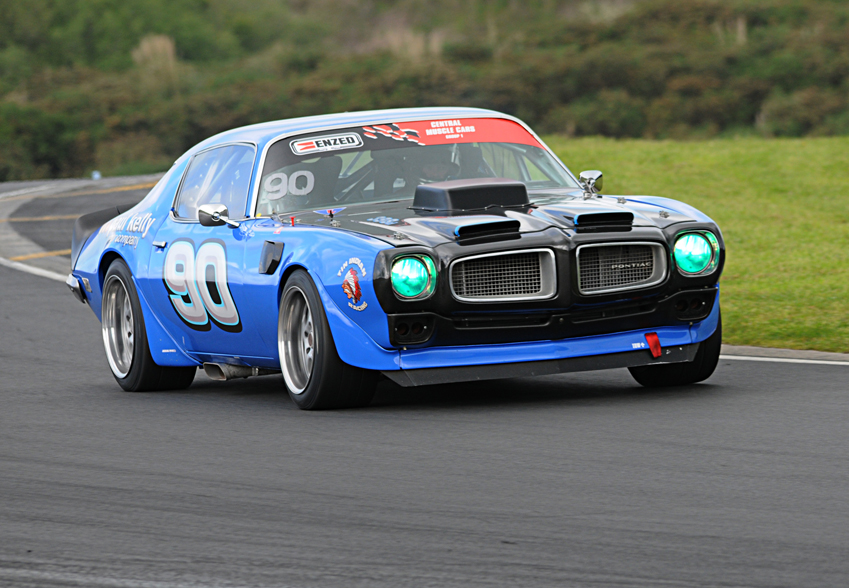 Hundreds of classic muscle cars, open wheelers and restored beauties are creating a stunning spectacle at this weekend’s Highlands Festival of Speed connected by ENZED.

The Highlands Motorsport Park, just outside Cromwell, is alive with the high-revving sounds from race cars across the eras with the 1938 Ford Edelbrock Special owned by Queenstown’s Robert Boult the oldest vehicle entered for the weekend’s races in the Highlands Vintage Car Club Open Wheelers category.

The Highlands Festival of Speed features racing from a wide array of classic saloons as well as the open wheelers with dozens of vehicle marques – from Alfa Romeo to Mini, and Brabham to Lotus – competing in the busy schedule of 27 races across the weekend.

One of the festival’s star attractions – the first New Zealand battle between Australia’s ENZED Touring Car Masters and New Zealand’s ENZED Central Muscle Cars – got off to a flying start with the Kiwis dominating early practice schedules. Christchurch’s Paul Kelly was fastest in the morning practice session in his new-this-season Pontiac Firebird ahead of Pukekohe’s Dean Perkins and star Aussie racer Glenn Seaton who’s driving a 1964 Ford Mustang Coupe. Aucklander Angus Fogg in an XE Falcon and Hamilton’s Tony Galbraith rounded out the top five in that session. The trans-Tasman muscle car competitors complete qualifying on Friday afternoon before the first of five races during the weekend.

The little pocket rocket racers, the Aussie Racing Cars (ARC), were also on-track for the first time on Friday morning. This event represents the first time this highly-entertaining category of ‘weekend warriors’ has raced outside Australia and category owner Tony Quinn said their first session around the 4.1 km Highlands GT circuit was as fun and eventful as you’d expect.

“It was fantastic to be out among the ARC guys this morning,” said Quinn who was second fastest in the practice session behind Highlands’ professional race instructor Andrew Waite – the two Highlands’ locals clearly having home advantage as the rest of the 24-strong field learned the circuit’s intricacies.

“The comments from the Aussie guys are similar to what we hear during the Highlands 101 – they can’t believe the standard of the facilities, how great the track is and the amazing surroundings we have here in Cromwell, Central Otago. It was nice to hear Glenn Seton also being complimentary about Highlands. The weather’s okay, there are quite a few people here watching the racing and I think we’re going to have a fantastic weekend.”

ARC 2014 series runner-up, Brendon Pingle was the fastest of the Australian drivers followed by Western Sydney Motorsport’s Craig Woods who is running a brand-new Mustang, the newest Aussie Racing Car in this weekend’s field. ARC competitors undertake qualifying this afternoon and contest five races over the weekend.

“More than 100 vehicles are set to be displayed in the Highlands Classic Motor Show,” says Ms Kees. “We’re absolutely delighted how many owners of beautiful classic, vintage and retro cars are joining us to create a magnificent display for everyone to enjoy.

“Among the family-friendly activities, there’s a chance to try your hand at gold panning with the Otago Goldfields Heritage Trust. Entry is via a gold coin donation to the Trust and you might even be the lucky person who finds that day’s gold nugget! Or hop on the Highlands’ bus to explore our Jurassic safari and adventure park, or set the kids the challenge of climbing to the top of the Spiderweb climbing frame.”

Saturday’s packed timetable starts at 9am with 12 races plus free pit-lane and track walks, the Highlands Classic Motor Show and lots of family-friendly entertainment. On Sunday, the Here’s Tae Ye wine and food festival takes place in a dedicated marquee on the National Motorsport Museum terrace, as well as the Classic Motor Show, entertainment from the Buckingham Belles cancan troupe and a Fashion in the Field competition.

Tickets are available at the gate and children under 16 years of age have free entry with a paying adult.