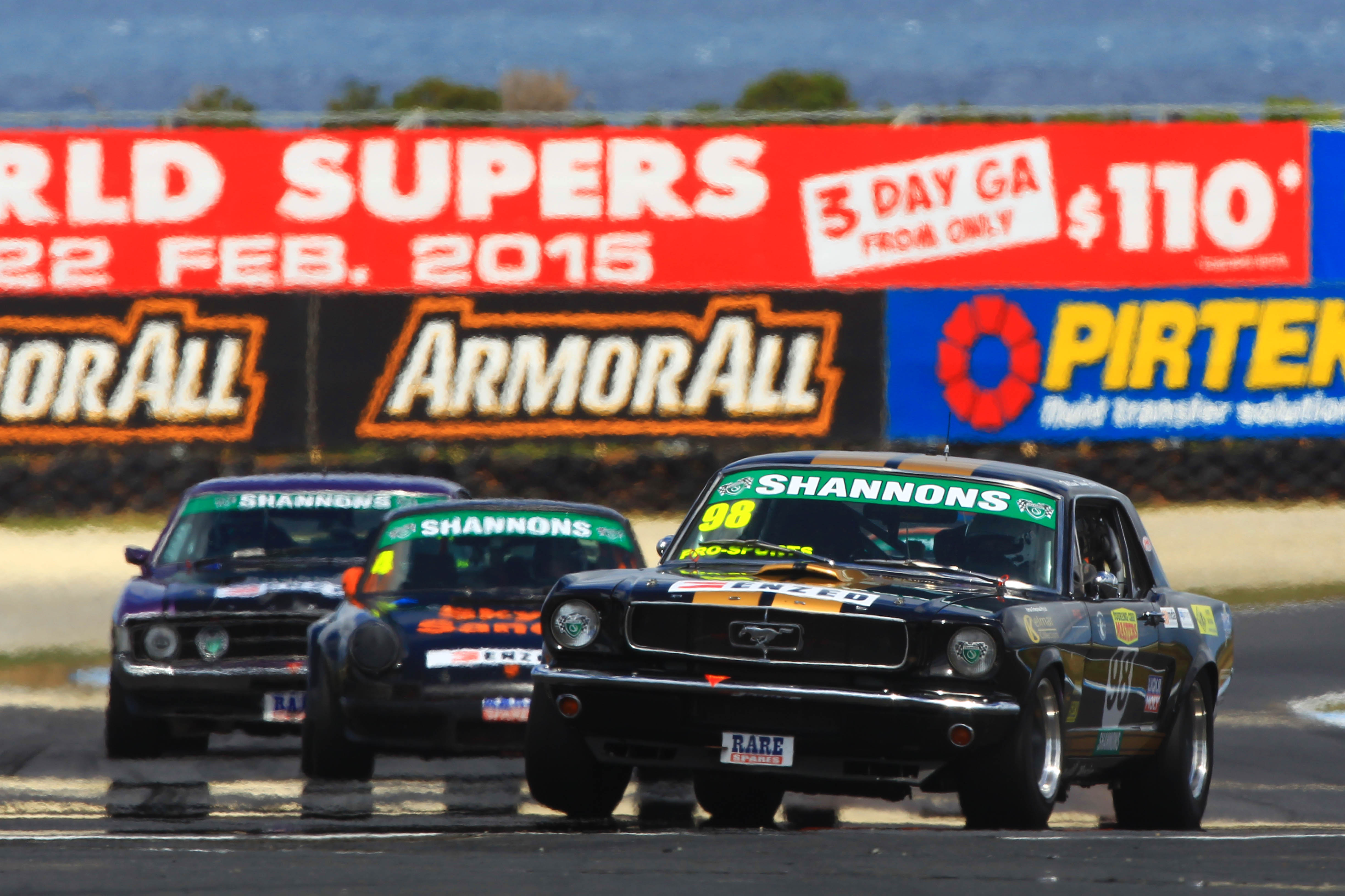 The 30 January to 1 February event is a true celebration of New Zealand motorsport across the eras with a wonderful array of vintage and classic saloons and open wheelers competing on the famed Highlands’ circuit alongside a mass of festival-style entertainment, food and refreshments for the whole family.

The weekend’s muscle car competition represents the third time the ENZED Touring Car Masters (TCM) and the ENZED Central Muscle Cars (CMC) have competed to win a trans-Tasman trophy. Some muscle car race fans will be wise to the fact that these two classes first competed against each other Australia in 2007, an occasion that lead to the creation of the trans-Tasman trophy which has been won once by CMC in 2009 – with Kiwi star Jason Richards at the wheel of a Camaro – and once by TCM in 2012.

Dr John Elliott, president of CMC, says the race format in Australia has always been for TCM and CMC to race separately in three races before joining together for the final trans-Tasman trophy race.

“Those trophy races featured a combined grid – TCM line astern on one side, CMC on the other,” says Elliott. “However this weekend’s meeting at Highlands is not only the first time these two groups have met on New Zealand soil, but the first time that TCM competitors will actually start among CMC competitors for all four races with the final, 15-lap race deciding the 2015 trophy winner.”

“This is the fourth round of a very close ENZED CMC championship series, so to run this combined grid signifies the high regard that CMC holds for TCM competitors. They will be able to score round points, but not the CMC championship points. We’re all looking forward to it enormously!”

While racing himself in his giant-killing CMC Group Two 1972 Torana GTR XU-1, Elliott will be keeping a close eye on the highly-anticipated Falcon match-up between the two former NZV8 champs Dean Perkins and Angus Fogg. Currently first equal in CMC Group One, Perkins competes in an 850 bhp 1972 Ford Falcon XD powered by Yates-Roush NASCAR engine, while Fogg is the constructor and brains behind a number of CMC cars and joins the series at Highlands in a purpose-built Group One XD Falcon.

“Race fans may also like to watch for Valiant Charger driver Tony Galbraith, from Hamilton, who shares the lead of CRC Group One with Perkins and current Group Two leader Wanganui’s Tristan Teki with his road-registered 1968 Chevrolet Camaro.

“We’re also delighted to have one of New Zealand’s best known saloon car champions Bruce Anderson, from Whenuapai, join the competition at Highlands in the famous, fully-rebuilt Pinepac Mustang which has been owned and raced by Bruce and brother Wayne since the early ‘70s. And another well-known racer, Christchurch’s Paul Kelly, steps out of his trademark Porsches into a beautiful NASCAR engine-powered 1970 Pontiac Firebird which is new to CMC competition this season.”

“The Aussie attack at the Highlands Festival of Speed will be spearheaded by double Australian Touring Car Champion, Glenn Seton,” says Craill. “One of Australia’s most successful racers of the last thirty years, Seton has raced a bit of everything since his retirement from full-time racing but specialises in suspension and car development in his current work. His expertise can be found in the setups of several leading TCM cars, including the 1964 Ford Mustang, regularly driven by Will Vining in TCM’s ProSports class, which he will race at Highlands.”

The Blue Oval is well-represented in the Aussie attack with four of the eight cars making the trip made up of either US or Australian-built Ford products.

“Holden fans will be well served too with noted historic racer Carey McMahon bringing his thundering SL/R 5000 Holden Torana to Highlands for the first time. Garry Treloar will compete in a ’72 HQ Monaro to ensure a strong representation of one of Holden’s finest eras.

Craill adds: “Though New Zealand’s own ENZED Central Muscle Cars are more highly modified than their Touring Car Masters rivals, recent match-ups have proven that there is little between the two interpretations of classic muscle car racing. So like all good Trans-Tasman contests, it should prove to be another thriller!”

The three-day festival also features the first international appearance of the Aussie Racing Cars. Dubbed the ‘weekend warriors’, nearly 25 of these half-size pocket rockets will create a fantastic spectacle of racing on the Highlands GT circuit. Competitors from all over the South Island and some from the North join four well-supported categories of classic saloons and open wheelers to enjoy plenty of on-track action. The schedule for Friday 30 January comprises practice and qualifying sessions, as well as the first two races. Saturday’s packed timetable includes 12 races plus free pit-lane and track walks, a fascinating variety of classic, vintage, retro and custom cars, motorcycles, caravans and boats in the Highlands Classic Motor Show and lots of family-friendly entertainment. On Sunday, the Here’s Tae Ye wine and food festival takes place in a marquee on the National Motorsport Museum terrace, as well as the Classic Motor Show, entertainment from the Buckingham Belles cancan troupe and a Fashion in the Field competition.

Tickets are available to purchase pre-event online from Ticket Direct or from the Highlands’ museum office – an adult pass is $39 for Saturday only, $49 for Sunday only or both days (a weekend pass) for $80. Children under 16 years of age have free entry with a paying adult. Tickets are also available at the gate; save $10 on each ticket option by purchasing before the event. To watch the racing on Friday, spectators simply purchase a ticket to the National Motorsport Museum to enjoy the action from the top terrace.