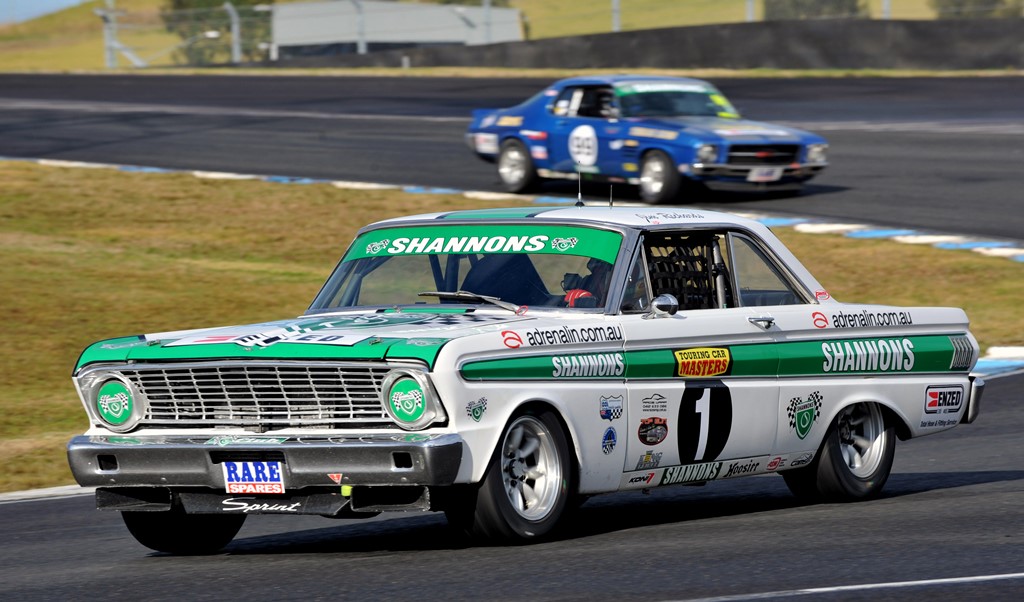 A mighty trans-Tasman battle is set to take place at the Highlands Festival of Speed at the end of January when competitors in the hugely-popular local Central Muscle Cars series take on stars of the Australian Touring Car Masters at Highlands Motorsport Park.

The Kiwi-Aussie clash is set to take place over the weekend of 31 January and 1 February 2015 as part of the second edition of the Highlands Festival of Speed when the Highlands’ team brings together an array of special displays and entertainment to celebrate New Zealand’s amazing collections of classic and heritage motor vehicles and passion for classic motor racing.

The inaugural Highlands Festival of Speed attracted thousands of fans when it ran during Easter 2014 with such star attractions as a vintage fashion show, a classic car show and demo laps from selected vehicles from the Highlands’ National Motorsport Museum such as the Benetton 191 Ford Cosworth Formula 1 car and the McLaren MP4 12C GT3 race car.

“This will be a very special, one-off appearance from at least ten of the Touring Car Masters drivers who will be travelling to Highlands with some of Australian motorsport’s most iconic muscle cars such as Falcon GTs, BOSS Mustangs, Chevrolet Camaros, Chrysler Chargers, Holden Monaros, and the giant-toppling Holden Toranas,” Sentch says.

“We were so impressed with the show that the Central Muscle Cars brought to Highlands earlier this year that, although we and the series organisers had agreed that they’d race here just once every two years, we have negotiated a travel assistance package to ensure that many Central Muscle Cars competitors can travel from around the South Island and over Cook Strait to be part of this very special event.”

The decision to move the second edition of Highlands’ classic car and racing festival to the weekend of 31 January and 1 February 2015 means it will coincide with other key events for likely participants such as the planned Southern Festival of Speed which takes in classic races at Christchurch’s Mike Pero Motorsport Park, Timaru’s Levels Raceway and Invercargill’s Teretonga circuit.

Sentch says: “Due to the success of the first Highlands Festival of Speed and the current level of enquiry from prospective competitors, there was an obvious benefit to ensure our event fitted logically among other events of a similar nature running nearby around the same time.

“We also wanted to open the Highlands Festival of Speed up to a wider range of classic and historic categories to ensure those who are travelling south can maximise the opportunities to race and participate in multiple events over the summer period – this all makes southern New Zealand a true classic tour destination for the summer of 2015.”

Further categories for the motor racing side of the Highlands Festival of Speed are still to be announced with competitors and fans able to enjoy two days of racing on the Saturday and Sunday, with practice and qualifying on the Friday.

Racing on the track is just part of the two-day, action-packed bill at Highlands. Fans can expect an interesting array of classic vehicles and classic boats to be on display, along with selected market stalls and great food and refreshment providers.

“Everyone who’s been to a major event at Highlands Motorsport Park knows we try and make a complete weekend of entertainment for the whole family – from top class motor racing, on and off-track action, special interest displays and activities for all to enjoy,” Sentch says. “The wider Southern Lakes district also features the Gibbston Valley Wines leg of the 2015 Summer Concert Tour starring the bands Heart, Foreigner and Three Dog Night on Saturday 31 January, making this an ideal weekend to visit.”