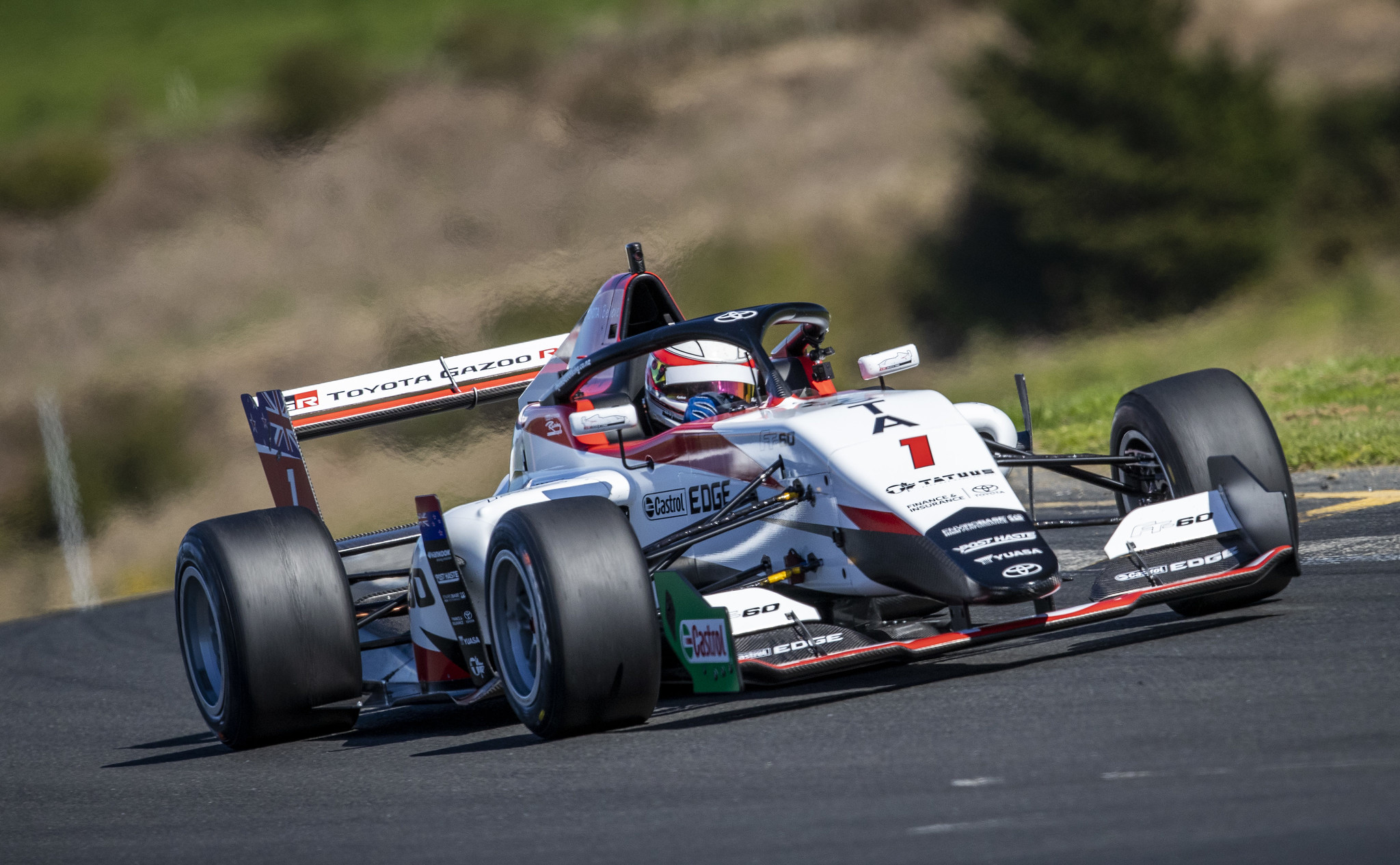 The Castrol Toyota Racing Series this week received a welcome upgrade to its world status with news that the FIA had decided to increase the Super Licence points available for the five round, all-New Zealand series that takes place each January and February.

At the World Council meeting this week in Geneva, the FIA accepted the category’s proposal to give it additional Super Licence points. As a result, it will now offer 10 points to the championship winner, seven points for second place, five points for third, three for fourth position and a single Super Licence point to the driver who finishes fifth in the championship.

The Castrol Toyota Racing Series also gives up and coming drivers two chances to secure Super Licence points. That’s because the FIA now allows points from a maximum of two championships to be accumulated from a single calendar year, provided that the start date of the second championship falls after the end date of the first championship during the year in question.

The New Zealand series has once again opted for a Tatuus chassis for its new 2020 car – the FT-60 using the same chassis as the FIA has selected for regional European F3 championships from next season onwards, Formula Renault and the all female W Series. With Hankook tyres, five challenging circuits, a familiar chassis with a 285 horsepower engine on offer and competitively priced in terms of international racing championships, category officials are confident the Kiwi series will broaden its appeal even further. A full grid is expected when the championship begins next month.

“We have been on the radar for young drivers particularly this year with the announcement of the new car and engine package for the championship,” explained category manager Nicolas Caillol. “We will have a full grid of 20 cars for this season’s competition and having more Super Licence points will only help put us further up in the global pecking order and attract even more drivers in the future.”

Super Licence points are the ‘keys to the kingdom’ for any up and coming racer. The higher you go, the tougher the licence requirements from the FIA are, until ultimately if you want to compete in Formula One and are lucky to have been successful enough on the way to be considered, you are going to need an F1 Super Licence. To even test an F1 car, you need 25 Super Licence points and to get a race licence you need a whopping 40.

The 2020 Castrol Toyota Racing Series begins at Highlands Motorsport Park in Cromwell in New Zealand’s South Island over the weekend of January 17-19. It stays in the South Island for the second round a week later, moving to Teretonga Park near Invercargill for round two.

The series then heads to the North Island for the remaining three weekends of racing. That will include the Denny Hulme Memorial Trophy at Hampton Downs Motorsport Park, the New Zealand Motor Cup at Pukekohe Park and the final round, the New Zealand Grand Prix meeting over the weekend of February 14-16 at Manfeild – Circuit Chris Amon in Feilding.