Clark wraps up 2019 with FIA Awards 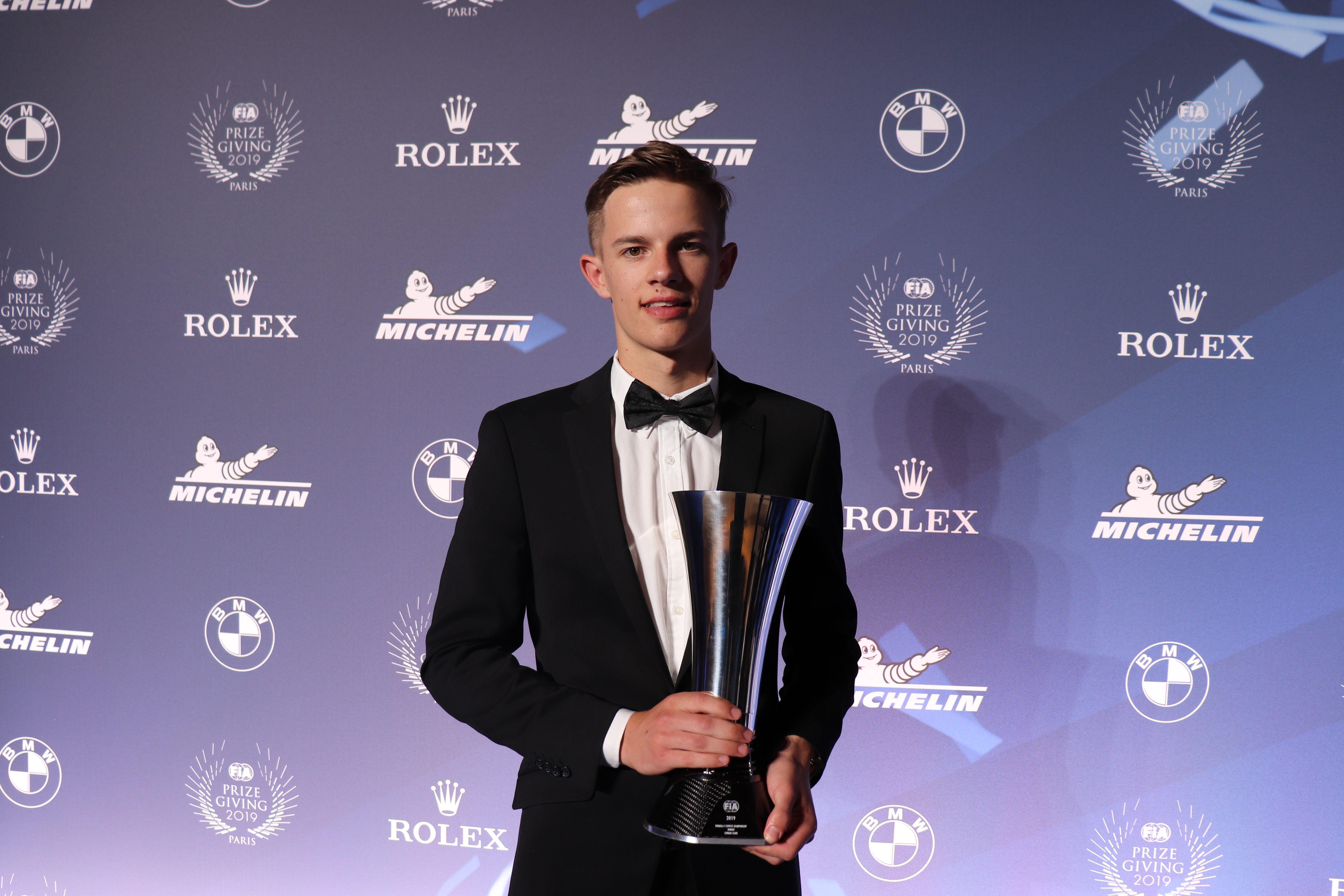 Conrad Clark, 17, of Taupo has wrapped up his best year yet attending the FIA Awards night in Paris.

Clark has been busy since wrapping up the Chinese Formula 4 Championship in Shanghai. The teen has undertaken testing in the Asian Formula 3 series in preparation for a potential drive their in 2020.

The testing showed positive signs with Clark setting competitive lap times and demonstrating good ability to adapt and adjust to a different, bigger and faster car.

“The F3 test was a really good opportunity for us,” said Clark.

“I think we really made the most of it and it gave us a good understanding of the car and will be invaluable when deciding on our program for 2020.”

After a short break, Clark was off to Paris to be on hand to receive his trophy and be recognised for his achievements in China.

Once the formalities were done and a group photograph of all the FIA champions was being conducted Clark had an unexpected conversation with six-time Formula 1 World Champion, Lewis Hamilton.

“It was quite funny how that happened. It wasn’t planned or anything we just got into a group photo and I ended up next to Lewis which was very cool.

Clark now returns home to New Zealand for the Christmas break where he and his team will be working hard to finalise their 2020 program. Clark and his family would like to thank everyone who has supported their journey so far.

Clark wraps up 2019 with FIA Awards