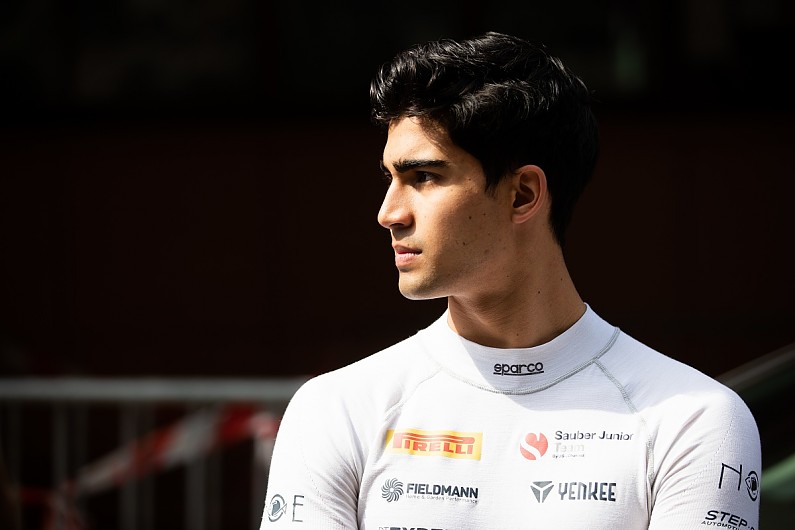 Injured Formula 2 racer Juan Manuel Correa has arrived back at his family home in Miami to continue his recovery.

Correa, an Alfa Romeo Formula 1 team development driver, has been in hospital since suffering leg injuries in the Spa F2 crash on August 31 that claimed the life of fellow racer Anthoine Hubert.

Shortly after the crash, Sauber Junior Team F2 racer Correa was placed on a life support machine when his lungs filled with fluid, and then once he was strong enough he had to undergo a 17-hour operation on his leg, which remains caged after a further procedure. He recently stood for the first time since the surgeries.

Having flown by jet back to Miami on Friday, he took to social media to announce his arrival in America and to wish the Alfa team good luck in this weekend’s United State Grand Prix.

“I have made it home finally after a few months in hospital so I am back in the US in Miami with my family,” said Correa.

“I’m wearing this shirt today to support you [Alfa Romeo] for this weekend so good luck and all the very best for this US GP. Lots of hugs to everyone.”

Correa was visited on his final day in a London hospital by Billy Monger, who had both legs amputated as a result of a Formula 4 crash at Donington Park in 2017.

Members of the F1 fraternity had also visited Correa in hospital, including Red Bull’s Alex Albon.

Although Correa has lived in Barcelona in recent years to be closer to the teams he raced for in Europe, his family home is in Miami and it is here he will undergo the initial phase of his rehabilitation.