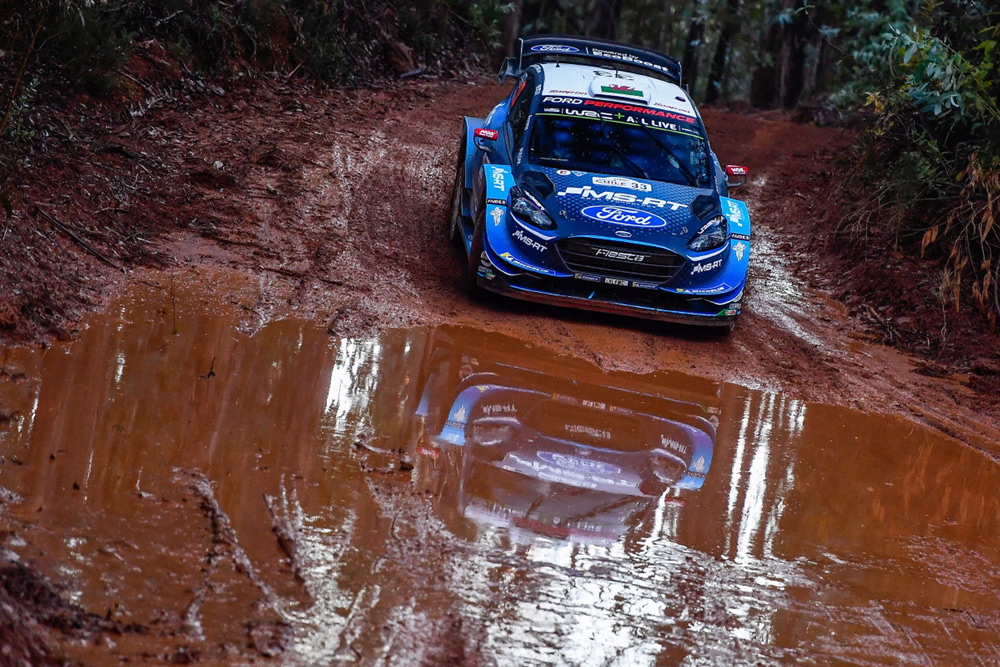 Hayden Paddon and John Kennard will make a welcome return to top-level rallying at next week’s Rally Australia. Despite not driving a world rally car competitively for the past 12 months, Paddon is a proven winner and has a strong track record with the new-generation world rally cars on Australian soil – never finishing shy of the podium.

“This feels like such a long time coming, and I’m really excited about getting back into action with a world rally car,” commented Hayden Paddon. “The key will be to stay relaxed. In this situation it would be so easy to put too much pressure on myself, but I know from past situations that that doesn’t work.

“I’ve always enjoyed this rally and I think it’s the event I have the strongest record on. The second day’s stages are quite similar to those we have in New Zealand, and although the others are a little different I really do enjoy them all.

“The biggest challenge is the fact that I have been out of competition for the past 12 months. I know we can do a good job, but the unknown factor is at what level everyone else has increased since we’ve been away – so the goal is just to enjoy ourselves and do the best rally we can.

“I’m a competitive person and will be pushing for a good result, but it would be unfair to put pressure on myself when it comes to securing a specific result – it’s just a case of taking it one step at a time.

The M-Sport Ford World Rally Team will field three EcoBoost-powered Ford Fiesta WRCs as they do battle for the top results at next week’s Rally Australia – the final round of this year’s FIA World Rally Championship.

This year has seen the Cumbrian outfit prove their performance against three of the world’s biggest automotive manufacturers, and now they have one last chance to confirm that performance by challenging for the very top results.

Next week will see Elfyn Evans hunting down a career-best result on Australian soil as well as a coveted fourth place in the championship. Seven crews have a mathematic chance of claiming the place, but Evans and co-driver Scott Martin are in prime position and determined to deliver a strong result Down Under.

Teemu Suninen made his Rally Australia debut last year, but there’ll be no shortage of experience in his Fiesta as co-driver Jarmo Lehtinen is a three-time winner in Australia. Keen to deliver a strong result and come out on top in the battle of the Finns, Suninen will be one to watch as he puts all he’s learnt into practice next week.

“I think we can be really proud of what we’ve achieved this year,” Team Principal, Richard Millener, said. “A lot of people discounted us at the start of the season, but we knew what we were capable of – and four events in we’d had two drivers lead rallies, won stages on gravel, asphalt and snow, secured two podiums, and came so close to victory in Corsica.

“But I have to admit, the fact that we’ve not managed to secure a win this year does niggle away at the back of my mind. And now, we have one last chance to see if we can make it happen. We’ve done well here in the past, and the lads have been working extremely hard on developing our performance on gravel.

“I believe we have the pace, and I believe we have three drivers capable of delivering. Elfyn is in the form of his life, Teemu is really coming into his own, and Hayden is a proven winner with so much support in this part of the world. I see no reason why we can’t aim high, and that’s exactly what we plan to do next week.”

Nestled on the Gold Coast between Brisbane and Sydney, the coastal town of Coffs Harbour hosts the final round of this year’s FIA World Rally Championship.

The event offers a mix of gravel stages with tight and twisty sections in the neighbouring bush and rainforests as well as faster, more flowing sections through the wider shire roads.

When dry, these stages play host to some of the worst road cleaning of the year, and when wet they become treacherously slippery.

If that weren’t enough, many stages are lined by trees mere millimetres from the road, and the low sun can often make visibility an issue as it creates a strobe effect through the trees.

Rally Australia is no walk on the beach, and those wanting to push for the top results will have to master all of the challenges this notoriously difficult event has to offer!