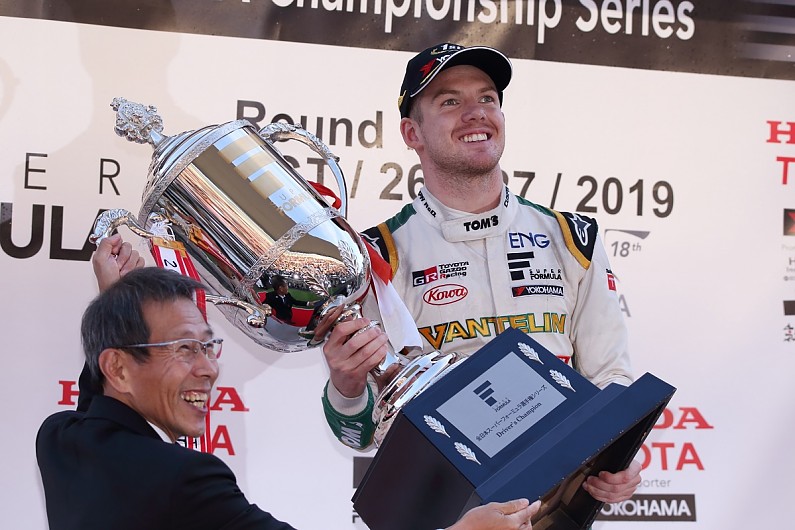 Nick Cassidy was “full of tears” during the in-lap following his drive to second at Suzuka which ultimately earned him the 2019 Super Formula title.

Cassidy overcame the odds to snatch the crown away from Naoki Yamamoto by three points, as pre-race favourite Alex Palou endured a dreadful race from pole.

The TOM’S driver admitted on Saturday after qualifying sixth – best of the Toyota runners – that Honda’s horsepower advantage made him pessimistic about the chances of overcoming his two main title rivals.

“I don’t know how to describe the feeling,” reflected an emotional Cassidy. “I was crying on the in-lap. I’ve never done that before, I can’t remember the last time I cried.

“I think I sounded pretty stupid on the radio full of tears. It’s pretty special.

“My main worry today was Alex because this morning [in practice] he looked really fast. But we ended up having good speed in the race, so that’s good.”

“I wasn’t in the favoured position but we made it work, which is amazing.”

Cassidy moved across from Kondo Racing to Toyota’s flagship TOM’S outfit at the start of 2019, linking up with the squad with which he took the All-Japan Formula 3 title in 2015 and then the Super GT title alongside Ryo Hirakawa in 2017.

But the 25-year-old described the Super Formula crown as “100 percent” the greatest achievement of his career to date. 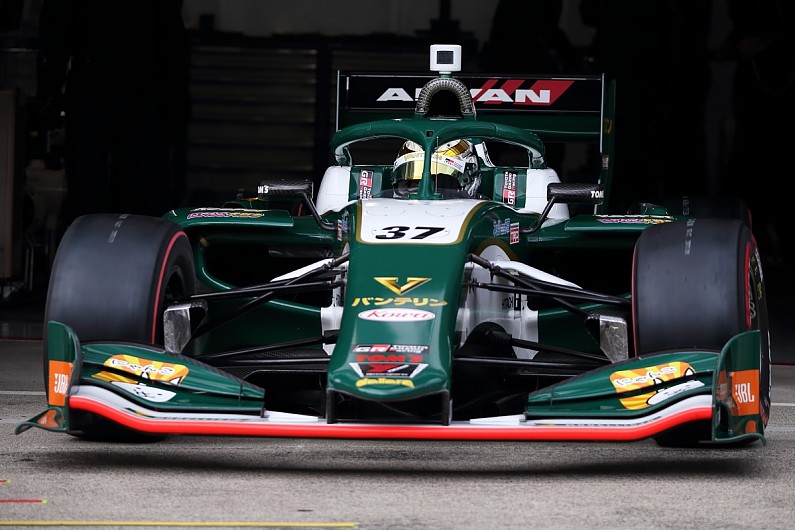 He explained: “This one is kind of more special to me because now I’ve got the three [titles] in Japan. That for me is the most [special].

“Obviously it’s more personal because it’s one driver, and then the challenges of the new car, Honda versus Toyota, a new team… to come out on top is really special.”

Title rival Palou’s torrid race began well, and lost only one position in the opening stint despite running on the slower medium tyre.

But Palou’s second stint, run on a set of softs, proved difficult and he was forced into an additional pitstop that dropped him to the rear of the field, before finishing in 19th.

Palou revealed that signs of something being “broken” on the car were apparent as early as his first stint, and the apparent issue was traced back to a blocked brake duct.

“A ventilation duct was stuck during the first laps and that caused a loss of big downforce. That’s why pace and degradation were so bad” Palou wrote on Twitter.

He continued “I was hungry to win, but that’s racing and we will fight again next year!”